This will be both Movie Love and Express Yourself Meme Post. Enjoy. 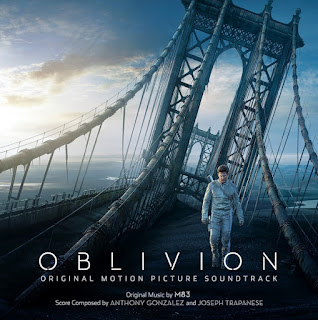 Tuesday May 7, 2013 I went to see Oblivion at Carib 5. I am a fan of Tom Cruise but over the last few years his movies have received lackluster reviews or weren't the kind of movies I'd go to the cinema to see. Then came this movie, I admit I waited for some reviews to come in first but I was taken in by both the cinematography and heart of this movie. Then I saw it and both came together so perfectly I almost melted. This movie has made millions and beat it's budget and some critic's odds that a Tom Cruise movie wouldn't carry in the big bucks. Suck it! Oblivion takes place in a futuristic world where Earth has been ravaged by an alien invasion. Most humans are now off-planet and the few still around like Jack Harper work as a drone repair man. This is before he saves a woman when the drones kill innocent civilians and discovers a conspiracy that turns his world upside down. I saw this movie the day before it left Jamaica and I must say to get the full experience you need to see it on the big screen. The action grips you, the scenery catches your eye and keeps it there, the science fiction is awesome, the twists whether you see them coming or not are sometimes gut wrenching (especially when you watch Jack go through them) and over all it's a wonderful film that exceeded a lot of expectations. Also Morgan Freeman played his role very well but telling you about it will give too much away. If you can still see it in theaters, go now. 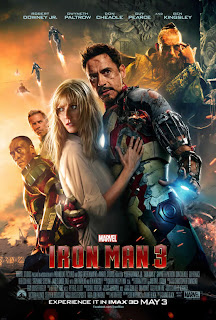 After finding out Stark Trek Into Darkness was gone in May (after coming out in May, seriously Jamaica what is the matter with you!) I decided to let my next movie be Iron Man 3 instead and went to see it Sunday June 2, 2013 (because it's Iron Man 3, it might still be kicking at the end of July). I was really happy for two reasons, #2 I was seeing this movie and #1 I had a ride to and from the cinema so I didn't have to take the bus. When I arrived I had some (alot) of annoyance with one guy taking more than ten minutes (literally) to get through his ticket ordering. Worst part, he wasn't even seeing a movie currently showing, he left! Thanks you %*@!  But when I got inside I was able to find myself a seat and waited to put on my 3D glasses. My thoughts on the movie? It rocked! This is the first Iron Man movie I've seen at the Cinema and I will see all others at the cinema. I think one of the big elements of this Iron Man is karma in that a lot of the problems Tony Stark experiences both as Iron Man and is rich genius self are as a result of stupid self centered decisions that he made years ago. Like humiliating a dewy eyed scientist and ignoring Pepper to tinker with his machines like a crazy person. Add panic attacks and a boatload of shit hitting the fan and you have a wonderful movie that will not be the last movie in this franchise. Even the director Shane Black believes there'll be a fourth or even a fifth movie. Guess what? So do I.

Taking part in the Aberration Bloghop last Thursday was a lot of fun. I enjoyed writing about my list of morally ambivalent characters and was pleased that my own character was among those readers liked being informed about. It was also fun checking out other bloggers list and finding characters that I've never heard of and experience new levels of surprise and horror. Lisa truly outdid herself and definitely got her new book some big time attention. There were also prizes and I found out on Monday that I had won a signed paperback copy of Aberration by Lisa Regan. I responded immediately and sent my address. Got a thank you email from Lisa and was told I was the only one who had responded so far. Thanks Lisa.
at June 11, 2013