The Thrill of it all Blogfest and Write Club 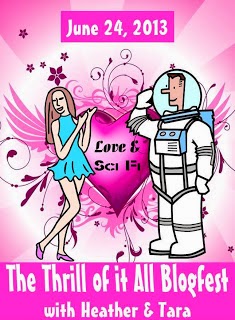 I'm excited to be a part of The Thrill of it All Blogfest. Hosted by Heather and Tara Tyler all entrants are to post a big thrill whether real or fiction. Today I'm posting an excerpt from my W.I.P. Lyric World. This Young Adult Fantasy novel is set in a world where all the countries are music genres and a war is brewing.

The Queen of Symphony held up her hand for silence. "I am here to deliver a grave report. In the late hours of the night... after mortal efforts failed, I had to summon Fairy King Orion to track the princess. Viola had disappeared." There were fearful murmurs from the crowd. Queen Samantha had only one heir and couldn't bear more children. Worse Viola was just a little girl and such a situation could cause fighting among royals who were closest in line.

"We eventually found her and...I have dire news my dear citizens. People of Symphony, my beautiful and loving followers. Viola has passed from this world. The future of Symphony, my legacy is gone and I'm so, so sorry."

So there's my entry. I wish everyone the best of luck and hope readers were taken in by my choice. Remember to visit the other blogs. Click here to see the list. 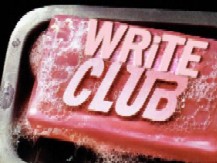 Write Club has another great competition going on this year. Click here to enter and below I've posted a reminder of the rules. Have a great day everyone.

Here are the general rules of WRiTE CLUB (with explanation) that guide the competition, loosely based on the Fight Club rules.
1st RULE: You MUST talk about WRiTE CLUB - Spread the word far and wide so we can involve as many writers as possible. Display the WRiTE CLUB banner prominently on your own blog. Write a post about it. Tweet it. Mention it on Facebook. Heck, send up smoke signals if you can.
2nd RULE: You DO NOT talk about WRiTE CLUB – Once the competition begins you are not allowed to solicit votes. All of the writing entries are anonymous, and we want it to stay that way. This is not a popularity contest!
3rd RULE: If someone taps out, WRiTING is over - Tapping out means a WRiTER can decide at any time during the 8 week competition to withdraw their name from the pool. If that happens the next writer from the open pool with the most votes will move into that spot.
4th RULE: Only two people to a WRiTE - This is a head-to head competition, no ganging up allowed.
5th RULE: Two WRiTE’s per week - No matter how many submissions I receive this year, there will only be two WRiTE’s per week.
6th RULE: No shirts, no shoes - Come on, tell me you didn't giggle at that one.
7th RULE: WRiTES will go on until Sept 9th - On that date the 16 winners will be matched up against one another on daily posts until the ultimate WRiTER is chosen. At some point the WRiTER will be asked to submit a new 500 word sample.
8th RULE: Anyone can WRiTE, but you have to have your submission in by June30th. – No late entries will be accepted this year.
We started accepting your 500 word submissions today…the cut-off date is midnight on June30th…and then July 8th the first bout will be held. Your submission can not have been published anywhere else before!
at June 24, 2013