Today I'm doing a cover reveal for Winter Queen by Amber Argyle. I've been a regular reader of Amber's blog and I already have her other two novels Witch Born and Witch Song. When I saw a post requesting help promoting her newest release Winter Queen, I volunteered to do a cover reveal. Now read on to find out more about her latest foray into fantasy and her newest female protagonist. 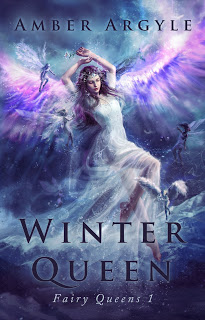 Blurb: Becoming a winter queen will make Ilyenna as cold and cruel and deadly as winter itself, but it might be the only way to save her people from a war they have no hope of winning.~ Mortally wounded during a raid, seventeen-year-old Ilyenna is healed by winter fairies who present her with a seductive offer: become one of them and share their power over winter. But that power comes with a price. If she accepts, she will become a force of nature, lose her humanity, and abandon her family. Unwilling to pay such a high price, Ilyenna is enslaved by the one of the invaders, Darrien. While in captivity, she learns the attack wasn't just a simple raid but part of a larger plot to overthrow her entire nation. With the enemy stealing over the mountains and Darrien coming to take her to his bed, Ilyenna must decide whether to resurrect the power the fairies left behind. Doing so will allow her to defeat Darrien and the other invaders, but if she embraces winter, she will lose herself to that destroying power-forever. 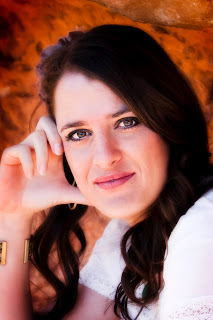 Super short: Amber Argyle is the author of the Witch Song Trilogy (Witch Song, Witch Born, and Witch Fall ((Fall 2013)) and the Fairy Queen's Trilogy (Winter Queen, Summer Queen (2014), Daughter of Winter ((2015)). She runs because she likes to eat chocolate and fit in her jeans. She has a thing for vintage inspired clothes. Also, she can't fathom why people eat tootsie rolls.
at June 18, 2013