How to Date a Nerd Cover Reveal

At first I wasn't going to post today (it was on the blog schedule) but I got on the computer minutes to three in the morning and what do I see? Blogs doing the cover reveal for How to Date a Nerd By Cassie Mae. At first I was excited, then I was like hey how come I wasn't invited?


Then I realized it had already happened so I couldn't get picked.


Why have you forgotten about me?

But at the end of the day I still love dear Cassie Mae and decided to change my no post today to her cover reveal. Then I remembered she didn't invite me to the last one either. All insubordination must be punished!

Don't you dare forget to invite me to another cover reveal!

Whew! Now to the big reveal! Which I'm doing my way.

My opinion? I think the cover looks amazing. Even the font seems fun. Look for yourself and decide if isn't indeed a fun nerdy sexy cover. 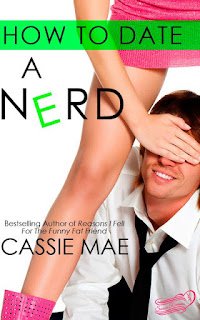 Blurb: Zoe has a great pair of legs, perky boobs, and wears exactly what she needs to show it all off. She works hard for the easy sleazy ‘you only wish you were me’ reputation, burying who she really is—an all-out nerd.

The only time Zoe gets to be herself is when she hides under her comforter to read X-Men comics, sending jealousy stabs at everyone who attends Comic-Con. Keeping up her popular rep is too important, and she’s so damn insecure to care about the consequences. But when Zoe’s sister takes her car for a ‘crash and burn into a tree’ joyride, her parents get her a replacement. A manual. Something she doesn’t know how to operate, but her next door neighbor Zak sure as heck does.

Zak’s a geek to the core, shunned by everyone in school for playing Dungeons and Dragons at lunch and wearing “Use the Force” t-shirts. And Zoe’s got it bad for the boy. Only Zak doesn’t want Popular Zoe. He wants Geek Zoe.

She has to shove her insecurities and the fear of dropping a few rungs on the social ladder aside to prove to Zak who she really is and who she wants to be… if she can figure it out herself. 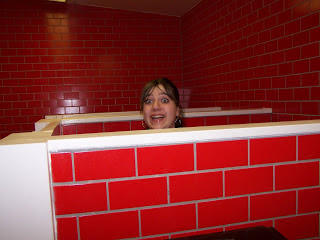 Cassie Mae is a nerd to the core from Utah, who likes to write about other nerds who find love. She’s the author of the Amazon Bestseller REASONS I FELL FOR THE FUNNY FAT FRIEND, and is the debut author for the Random House FLIRT line with her New Adult novels FRIDAY NIGHT ALIBI and PULLING THE SWITCH. She also has a three book deal with Swoon Romance Publishing, including her book HOW TO DATE A NERD. She spends her time with her angel children and perfect husband who fan her and feed her grapes while she clacks away on the keyboard. Then she wakes up from that dream world and manages to get a few words on the computer while the house explodes around her. When she’s not writing, she’s spending time with the youth in her community as a volleyball and basketball coach, or searching the house desperately for chocolate.


So there you have it. Congrats Cassie and love you. Like my choice for your author pic?

Email ThisBlogThis!Share to TwitterShare to FacebookShare to Pinterest
Labels: Cassie Mae, How to Date a Nerd Cover Reveal