Today you'll be reading about The Nevermore Trilogy. This blitz is hosted by Xpresso Book Tours.

Posts can go live anytime between June 8 – June 14th  if you can not post on the date you signed up for. 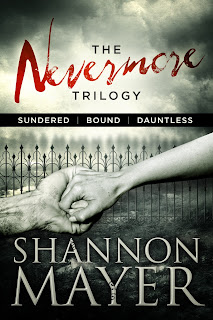 ***This trilogy version contains all THREE installments of The Nevermore Trilogy.  This Series is meant to be read in sequential order as the books are NOT stand alone.*** 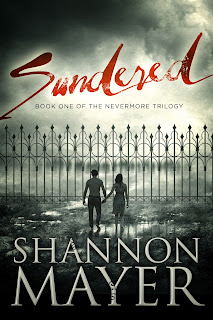 SUNDERED (Book One of The Nevermore Trilogy):
They were promised weight loss, the cure for Cancer, Parkinson’s Disease and infertility; they were promised hope.
The side effects were anything but hopeful.
Mara and Sebastian are young, in love and newlyweds.  Far too soon, they will face tests to their love that most others won’t survive. Their bond strengthens with each loss, destruction and unbearable race against time.  In each other, they find the will and hope to endure.  Hand in hand, they will face the darkening of humanity with strength and integrity and an undeniable spirit to survive; together.
“Sundered is a story that will steal a piece of your heart as you cheer for both Mara and Sebastian in this unconventional love story.  It is a story of love, hope, faith and the strength to carry on after the dark times come.”  -Reviewer 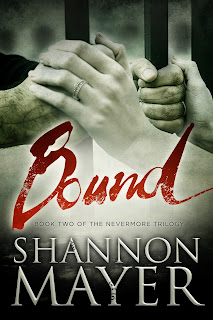 BOUND (Book Two of The Nevermore Trilogy):
They were promised weight loss, the cure for Cancer, Parkinson’s Disease and infertility; they were promised hope.
The side effects were anything but hopeful.
Mara faces seemingly insurmountable obstacles and adversities as she works feverishly to free Sebastian from the holds which bind him. Her refusal to abandon him, and his refusal to let her slip away, keep them fighting to be reunited. Fears escalate and dangers destroy their beliefs, but they cling to their love and find strength in each other even when separated. Mara and Sebastian manage to face each act of violence, each tragedy, and terrifying sight with a strength which won’t bend to any confrontation.
“Gritty, violent, tragic and terrifying, this whole series also manages to be touching, romantic and at times, even sexy…..”  -Jess the Romanceaholic 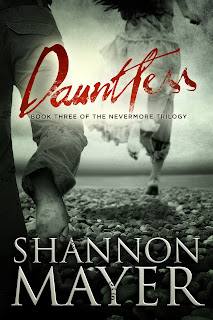 DAUNTLESS (Book Three of The Nevermore Trilogy):
They were promised weight loss, the cure for Cancer, Parkinson’s Disease and infertility; they were promised hope.
The side effects were anything but hopeful.
Surrounded by the most obstinate of madness, Mara will use the strength within herself to free both she and Sebastian once and for all.  As Sebastian slips further away from her, Mara will have to fight as she never has before--alone. The bonds of love and friendship will be stretched to their breaking point as the world around them spins out of control, and the dangers continue to mount. Can she carry them both through the obstacles ahead and find a way to heal Sebastian?  Can she accomplish all of this in time?
This final chapter of The Nevermore Trilogy will leave you breathless, sitting on the edge of your seat screaming out loud for love to overcome and the goodness of human nature to prevail.
"I was completely blindsided by events in this story. Even now, I can't stop thinking about it."
Author of "Until Dawn: Last Light", Jennifer Simas 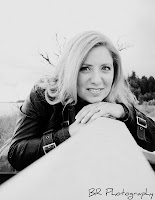 Shannon Mayer lives in the southwestern tip of Canada with her husband, dog, cats, horse, and cows. When not writing she spends her time staring at immense amounts of rain, herding old people (similar to herding cats) and attempting to stay out of trouble. Especially that last is difficult for her.

She is the author of the The Nevermore Trilogy, The Rylee Adamson Novels and the Celtic Legacy series. Her first New Adult Romance, High Risk Love, is scheduled for release July 1, 2013.

The door opened behind me and shut with a soft click. I kept my back turned to Sebastian, my spine rigid and my breathing slow and deliberate as I tried to rein my anger in. A whine from the bathroom and I stomped down the hallway and swung the door open. Nero tried to scamper between my legs but I scooped him up and held him tight. A minute passed and the anger started to drain out of me. Taking one last deep breath I carried Nero into the living room. I stared at the TV and came to a sudden stop, unable to take my eyes off the screen.
Dan leaned forward. “I’d hoped they’d have gotten it under control in the bigger cities at least.”
“I don’t think that’s the case,” I said, my hands trembling as I stroked Nero. Lists of major cities that had been overrun and were considered uninhabitable flashed on the screen in no particular order: Toronto, Vancouver, Seattle, San Francisco, Los Angeles, Edmonton, Brisbane, New York, Atlanta, Ottawa, London, Perth, Paris, Frankfurt, Berlin, Glasgow, Mexico City, Venice, Lima; the list went on and on, scrolling for a solid two minutes.
“Every continent has been hit by this catastrophe, though some obviously worse than others.” The male announcer’s voice blared to life on the screen and I jumped involuntarily. Nero gave a squeak and I kissed him on the top of his head.
The camera panned to a reporter in what looked like a bare-bones room, cement walls, and shelves of strange scientific-looking paraphernalia.
“Dr. Josephson, what can you tell us about the events? Will the drug wear off? What can we do about this situation?” the reporter asked, turning to the camera every few words, as if to gain permission from the viewing audience to ask the questions.
“It’s simple, even for a nincompoop like you, Blaine,” Dr. Josephson said.
“It’s Bruce.”
“Whatever. The drug was skipped through the FDA testing as well as Health Canada; money greased the wheels to hurry it to market. In the two months since it’s been out, it made over 1.6 trillion dollars. You can imagine how that would make a company eager to get it to the public.”
Bruce leaned in. “Those numbers can’t be right.”
Dr. Josephson snorted. “337 million people, give or take a few thousand, get the shot through legal means. That’s in North America alone. Five thousand dollars shot, one hundred people a day per clinic. You should do your research before you go on air Bruno.”
The doctor sat down on a ratty old stool and looked up into the camera, as if Bruce were no longer worth speaking to.
“There is no cure. There is no chance it will go away. It won’t wear off, it is designed to link permanently to the molecular structure of human bones, organs, and most importantly, brain. It cannot be transferred by a bite, as the modern movie culture would have you believe. These are not zombies, these are people gone feral, wild. They are acting as packs, not unlike a pack of wolves with an Alpha male and female, and the rest working as a group for food and protection.” His pale blue eyes seemed to bore into me and I shivered with the intensity. “To the public who have not taken Nevermore I will say only one thing,” He paused, dropped his head and shook it slightly before looking back up into the camera.
“Survive.”