Have to thank Jay Noel whose post today I Can't Feel My Face inspired me to do a slightly longer post today. At first it was only going to be about my nano but now there will also be music. You all love music right?

A song that I heard over the weekend and got me thinking quite a bit was Everyday by ASAP Rocky feat. Rod Stewart, Miguel and Mark Ronson. How much do I enjoy and think about this song? I got to memorizing all these names by the second viewing (of the credits) on televsion. Yes I am still one of those strange people who keep forgetting to just go on Youtube. I did look online later but that was to check out what the song was about. Yes, still have not looked it up on Youtube but you can now with the video below.

I thought it was really brave of ASAP to use his own life as an example of how the rap game can go terribly wrong. I know others have done this but there is just something very genuine and personal about the video and it's lyrics. Drugs, alcohol and hard partying are not all fun and games and exposing this while being a rapper who does it can be both jarring and telling of the kind of person you truly are. This is a song that should go down as one of the greats. I have so many thoughts and feelings still swimming around inside me even now.

Oh and now Benedict Cumberbatch has truly been in everything including on my blog. Yay.

Thanks to a lovely invite from Jennie Bennett to anyone wanting to join a September Nano I have two spanking new projects. Will not go into deep detail but I do need a little help. I have been jumping between titles on one.

The quick tagline right now is: For everyone who hated Twilight or even liked it a little bit.

By the way I love Twilight but get the reason why some people don't. My novel idea was not inspired by that book but something in me told me that it could satisfy those who felt Twilight romanticized vampires too much or that Bella was...wooden.

Right now I am stuck between three titles (A-C).

(A) My Vampire Ex-Boyfriend is Trying to Kill Me

The original title at the start but i started to feel that it was too one dimensional. Yes it is also long but so was the full titles of the Harry Potter books. When the book is awesome, readers don't care.

(B) A Bloody Gamble

Because it was a gamble if my protagonist would survive the change. Also I kind of wanted a title that left some mystery.

Same as B but without the 'A' since the book has the protagonist gambling on more than one thing.

Sounds more like a Lifetime movie so I am thinking no. Thought it was good for a second because of well..broken promises in the novel.

So what do you guys think? I know that I am being kind of vague but it is a paranormal YA novel and I plan to make it a stand alone. Also my protagonist is not going to be some kick ass one 'girl' army. She will need help and advice. Sorry but even Katniss had a mass of people behind her from start to finish. We can't all be Black Widow who can team up or go solo whenever. Whoever made this poster, more power to you. You are awesome.

Thanks for popping by and this image below has nothing to do with this post. I just love Teenage Mutant Ninja Turtles and if this is true I love Mikey aheam, Michelangelo even more. Have a wonderful day my lovelies! Netflix Nation: Population Me (and a few others)

When I decided to sign up for Netflix I was sure it would be nice. At first I used it once in a while and shortly after joining my brother asked to be added and I obliged. He pays for his half and watches way more shows than I do. But I must say it was this past Summer (August) that I went in full throttle.

My first full on binge watching was Dragons: Race to the Edge. Sure it took a week or so for me to watch all thirteen episodes but that was a big deal for me. Plus I gave it five stars and can't wait for more. DreamWorks did a fine job with creating this movie franchise and Netflix is definitely doing well by jumping on the boat with the series aspect.

P.S.: While writing this (I kid you not) the mail man arrived with four books for me. One of them was...wait for it. How to Train your Dragon (Book 1) by Cressida Cowell. I kid you not.

Also I watched the movie Sinister. That creeptastic movie left me with not only chills but a new book idea.

Then I rewatched Rise of the Guardians and started on Netflix's Daredevil (which I am yet to finish watching the season). Then I peeked at a few other shows and fell back into habit of looking at shows but never really finishing them.

I watched the four episodes of Season 4 of Once Upon a Time which I had missed on television in one day.

Then I saw that Season 2 of Marvel's Agents of Shield had arrived. 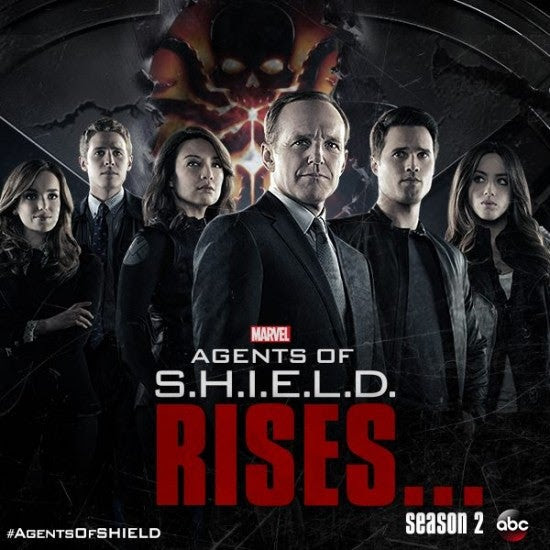 I started on Sunday September 6 with one episode. Monday and Tuesday was two each. Wednesday I went off the deep end.

I Sheena-kay Graham on September 9, 2015 watched eleven episodes in one day. This is a problem.

Thursday I watched the rest with the exception of Episode 12 which I skipped over on Wednesday because it was among the few that I had watched on television for this Season (like 3 or 4) and rewatched that one on Friday.

Saturday I watched a part of the movie The Age of Adeline, Episode One of Charmed, five episodes of Netflix's Mako Mermaids series and Episode One of Misfits (a series were five people doing community service get struck during a storm and gain powers). The last I really enjoyed a whole lot and plan to watch all three seasons.

Sunday I peeked at Netflix's Narcos but stopped because I was busy helping around the house.

Monday and Tuesday was Netflix free! Yay I broke the addiction.

Today I am writing, doing a few other things and thinking about what I will watch later on Netflix. Just no more unplanned crazed binges. Plus I wrote this post today and will post as soon as I am done. I guess that sounds hurried but I have been thinking about posting about my Netflix experience for a while.

So far I am loving Netflix. It gives you a wide array of shows to watch and rewatch at your leisure without worrying about a crazy cable bill and with a tablet I can just charge and move around with, it is also easy on the electric bill as well.

There you have it folks. So do you have Netflix or some other service that is similar? Enjoy your day everyone and much love.

Email ThisBlogThis!Share to TwitterShare to FacebookShare to Pinterest
Labels: Netflix

I am probably one of the last to do this but who cares. Today I am sharing the cover of Piper Morgan Joins the Circus by Stephanie Faris. She has been a long time blogging buddy of mine and I also own her two previous books 30 Days of No Gossip and 25 Roses. This is a chapter book but that won't stop me because I love all kinds of books at my wonderful age of 30 with no kids. Yes a woman can be thirty with no kids and no man. Not so shocking in the 21st Century (to some) but I bet I would have been a scandal in the 1960s or more the 1940s. Plus I bought and loved The Princess in Black by Shannon Hale and that was supposed to be for kids too. But who cares? It's my book money.

To catch up with Stephanie you can check her out at: 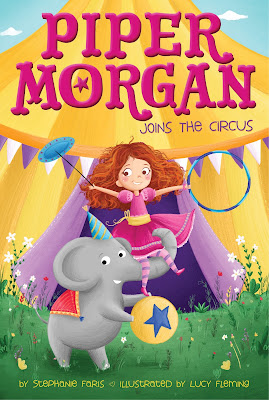 When Piper Morgan has to move to a new town, she is sad to leave behind her friends, but excited for a new adventure. She is determined to have fun, be brave and find new friends.

And after learning her mom’s new job will be with the Big Top Circus, Piper can’t wait to learn all about life under the big top, see all the cool animals, and meet the Little Explorers, the other kids who travel with the show. She’s even more excited to learn that she gets to be a part of the Little Explorers and help them end each show with a routine to get the audience on their feet and dancing along!

But during Piper’s grand debut, her high kicks and pointed toes don't go quite as planned. After causing a dance disaster, she has to prove to everyone--especially queen of the Little Explorers, Lexie--that she belongs in the spotlight.

So beautiful....congrats my friend and thanks to all of you who stopped by.
at September 08, 2015 15 comments:

Another IWSG, another chance to meet up and share our joys and fears. today I have a few insecurities of my own.

1. yesterday I started having extreme fatigue. It put me behind on both freelance work and a wrting challenge. I finally started to feel like myself again this afternoon but I have quite a bit of work to catch up on.

2. Over the last two weeks or so of August I had not been able to write much of anything. Which also put me behind.

3. I am getting ready to go through the process of registering and making my freelaancing offical. Hopefully the name of my business is available and I am getting the money together to pay for reserving the name.

4. Worry is rearing it's ugly head. Things that  am behind on are staring at me hard in the face. God help me.

So I am moving forward and hope that anyone with similar issues know that they are not alone. Just know that you should never give up. Thank you Alex and minions for this monthly shelter fromlife'sstorms. Also thankGod for everything. God bless you all.
at September 02, 2015 16 comments: