Yes you read right I decided to enter JuNoWriMo this year. Not only that but I'm writing my first Middle Grade novel ever. I always feared going near MG because I wasn't sure if I could write it since I felt restricted compared to YA where I was free to write more details and dark situations where needed. But on May 17 while reading Dani's blog post Best/Worst Movie Blogfest & Monster Madness Day 7 I saw an image with the words 'I just told the monster under my bed that rent is due.' For some reason this inspired a story in me that was at first about kids hiding monsters under their beds in exchange for valuables. But it changed and matured into Monster City. What is it about you ask?

Quick Summary: Twelve year old Jupiter lives in a world where Monsters exist. But where they once lived with humans side by side in Monroe City, now they're hunted down and made into slaves. That's where kids come in, a monster connected to a child can be invisible as long as their connection remains true. Jupiter and his friends want to change the city's mind about monsters and prove The Child Protection Act and The Monster Relocation Act aren't needed. But to do that they need to prove that a monster didn't murder a child decades ago. 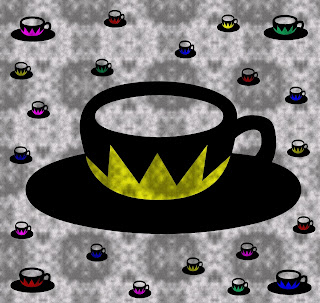 So yeah, I'll be working on keeping this story appropriate for the MG age crowd as well and writing a great story. It's started off well and I like the direction where it's going. I will give updates in future posts and wish me luck in completing a manuscript in thirty days for the first time ever.

I have also finally made my facebook author page last month. I initially didn't know about this option and used my personal page but now I'm wiser. So here it is everyone.