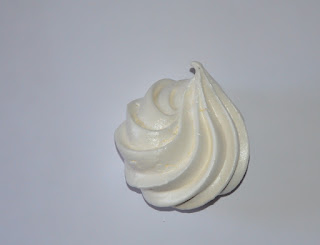 I left a short notice on Tuesday about Sacrifice Her being delayed. Now I'd like to explain further. This was a tough decision that took a lot of thinking, mulling and serious consideration. Earlier this year I shelved Rachel Becoming Red. I did that because I knew the novel was not only not ready but completely wrong for the direction of the series. So I shelved it and set a new release date of December 2014. Thankfully this isn't the issue with Sacrifice Her.

The delay is a result of several circumstances. First I have limited computer and internet access making typing extremely time cinsuming. I write on paper first but it still takes  lot of time typing up this novella when I get the chance. Also there's editing that needs to be done, contacting individuals who I agreed to send drafts to critique, arranging the book cover, promoting the novel and a host of other things.

Secondly I had some financial issues this year as a result of a sudden cancellation. I had agreed to fill a ghostwriting order for a certain individual. This made me put all writing on hold earlier this year and after agreeing everything was fine, she balked at the last second and cancelled. No notice, no explanation, nothing. So I was stuck with a complete manuscript and no one to give it to. I found her twitter, lulu and facebook accounts through several searches then preceeded to try and make contact to get an explanation. It wasn't until I left a serious facebook message warning against her using any sample of the work that I'd sent her that she responded. She claimed she left me a message about cancelling and a bag of excuses. My response was just to let her know about our agreement that if she cancelled the only thing she got back was her character list and story idea. Everything else became my property. Since everything she gave me to start with was a scant few lines and two images. I came back with a lot. But not the money I wasted so much time ghostwriting for when I could've been writing my own work. So needless to say buying stock images and other things for my book cover and trailer stalled for a while. Also there were other things I wanted to do for my novel that I still can't.

Thirdly there's things about the novella I'd still like to look over more. The last thing I want to do is release shoddy work just because I wanted to make a release date. It's not fair to readers, buyers or myself. Plus a later release date gives me time to promote Sacrifice Her properly. And that's a good thing.

So Sacrifice Her will be released this fall. October 28 is the earliest possible release date but it could be as late as December. Thank you all those who visit this blog and a special thank you to all my supporters.