I was on Carrie Butler's Personal Blog when I found this meme. Pretty much as a participant in WIP Meme I have to post a paragraph from my lastest WIP with the word 'look.' So I have decided to use my Camp Nanowrimo project for this. It's titled Shade Me and about a Shade who decides to live life as a human but falls into a vampire conspiracy to take over humans and in love with her ex-best friends' boyfriend. With more complications in between. I first mentioned this novel idea in June. A more detailed idea of this novel can be found here.

The break out of a Demi Lavato song told her she had a call. The screen said Lizzie and Cassie smiled.  Elizabeth Bailey a.k.a. Lizzie had been her best friend for nine months during her two years of being human.

"Lizzie hi," Cassie said, "I was just looking at the stars."

Lizzie scoffed. "Your ceiling again? You know normal teens watch television or listen to their ipods. And yeah, use their computers to go on the internet."

Cassie laughed. Lizzie was very frank but she liked that about the blonde teenager.

So there you have it. Thoughts anyone? Oh and in case you're wondering, no Lizzie doesn't know Cassie's not really human. For a detailed look on Shade Me click on the third link (the one saying 'here'). To see how it started click the second (June). 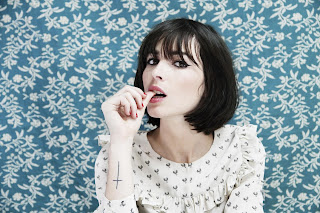