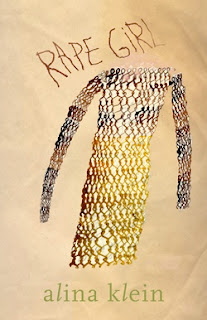 Summary on Goodreads: Valerie always wanted to be the smart girl. The pretty girl. The popular girl.

But not the rape girl.

That’s who she is now. Rape Girl. Because everyone seems to think they know the truth about what happened with Adam that day, and they don’t think Valerie’s telling it.

Before, she had a best friend, a crush, and a close-knit family. After, she has a court case, a support group, and a house full of strangers.

The real truth is, nothing will ever be the same.

Rape Girl is the compelling story of a survivor who does the right thing and suffers for it. It is also the story of a young woman’s struggle to find the strength to fight back

Valeria at the start of this novel is a typical teenager who has a party when no parents are around. But things take a drastic turn when it ends not in the popularity and fun increase she wanted but instead filing a rape charge against popular high school boy Adam. She goes from average to zero fast and the struggle to stay afloat as people turn on you and your family starts falling apart is a big part of what makes this story so great, sad and real.

Before, she had a best friend, a crush, and a close-knit family. After, she has a court case, a support group, and a house full of strangers.

This one line sums up a lot of what happens in the book yet doesn't cover half of it. This isn't to be cryptic. This novel has several twists and turns as Valerie struggles to come to terms with what happened. As vicious rumours swirl around her a saviour comes in the form of a girl with a pick up truck and a chance to be a part of school life despite being 'rape girl' instead of Valerie. The consequences of alcohol and late partying without supervision are covered in a way that isn't preachy or self serving. This novel is both a touching story and strong warning against rushing into adult things too early and also about forgiveness and doing the right thing despite the social consequences.

I am so happy I chose this book and thank the publisher for accepting my request to read it. I plan to purchase the actual book when it comes out. Yes even after I've already read it. It's that beautiful and I believe there's not enough support out there sometimes for books dealing with real issues. Especially those faced by teens and young women.

Rating: 5 Stars and a handshake to the author