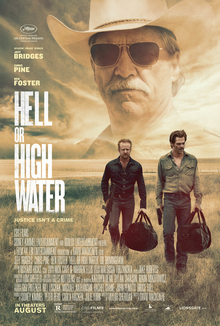 What can I say about this movie? It was excellent. Yes that's the word I'm going to use. Oh my goodness I never expected to see a movie over the summer that would become my number one movie of the year. Yes I also enjoyed The Secret Life of Pets but this movie is perfection on so many levels. The actors were great, story spot on, and...just everything. This movie follows two brothers who are trying to save the family farm with little time to do it. They turn to crime but the way this is done no one is saying they are a one-hundred percent right or wrong for do doing it. This movie does not spent time preaching or telling you how to feel. As the audience you get to choose whether you are following the brothers or those out to catch them and put their asses behind bars. Either way you are in for quite a ride as both the performances and story will keep you riveted to the final stand off on the front porch. Before you think that's a spoiler, trust me it's not. I think this is Chris Pine's best performance yet and I'm intrigued to see how he does in Wonder Woman next year.

So in the end I recommend everybody see this movie. I'm still at a loss for words for just how amazing this movie was. If it were a book I'd give it five out of five, a hug and a cookie. Everyone must see it and if you can't find this indie diamond at your theater, then stream it when it becomes available. Here are two one line summaries I'll give this movie to close off.

1. A non-powered Diablo (lawful) and Joker (released from prison) play brothers in a story where robbery becomes the best way to provide a future for Diablo's family.

Note: Yes I made a Suicide Squad reference. I just couldn't help but imagine it.

2. Two brothers go on a robbery spree in an attempt to gather enough money to save their farm, stick it to the bank who stiffed their dying mother and outrun the law who as an old ranger hot on their tail.

Thanks for stopping by and God bless.

Had to go back into edits today to add the cover reveal for Crystal Collier's Timeless novel. So sorry I spaced out on that. Will show it again tomorrow with all the details and pizzazz it truly deserves.

So here's the cover for Timeless and it's a good wait for us fans of the series. 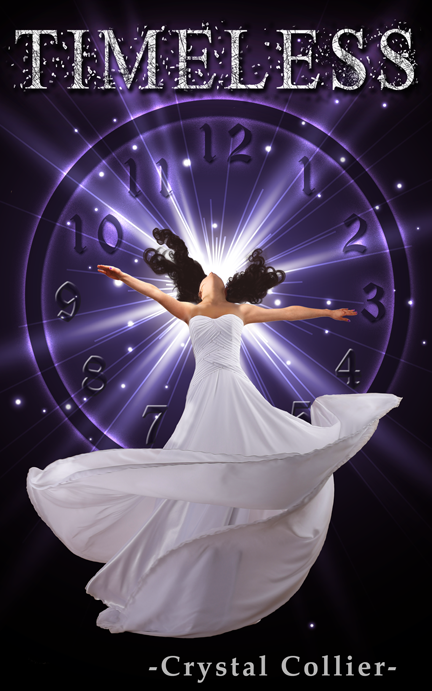 TIME IS THE ENEMY

In 1771, Alexia had everything: the man of her dreams, reconciliation with her father, even a child on the way. But she was never meant to stay. It broke her heart, but Alexia heeded destiny and traveled five hundred years back to stop the Soulless from becoming.

In the thirteenth century, the Holy Roman Church has ordered the Knights Templar to exterminate the Passionate, her bloodline. As Alexia fights this new threat—along with an unfathomable evil and her own heart—the Soulless genesis nears. But none of her hard-won battles may matter if she dies in childbirth before completing her mission.

Can Alexia escape her own clock?

Again sincere apologies for forgetting and folks this cover is pretty captivating.
at September 12, 2016