S is for (The) Sacrifice Series 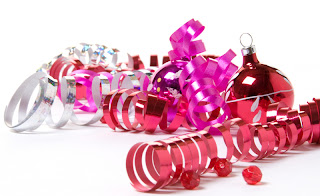 The Sacrifice Series is ten dystopian novellas about teens who find themselves in a situation where they're made to choose between sacrificing themselves or running away/refusing to do so. Each novella has a different story and I plan to start publishing them Fall 2013 and complete the series by the end of 2014. Sacrifice Her is coming Fall 2013 and hopefully three others will be self-published as well before or early 2014.

Below are blurbs for the first two. Click here for the rest:

Deidra Moore is to be sacrificed with a group of her fellow citizens. But she escapes and runs for the open desert outside the city wall. This doesn't bode well with the God of Gore who orders the leader Lord Brinn to return the runaway sacrifice or face annihilation  Can Deidra escape the threat of forces she doesn't believe in? When she meets a wanderer named Kale things only get more complicated.

Jessica Hatfield lives a life of decadence  She gets up everyday to be pampered and cared for. At age fifteen she will be sacrificed. She wants to but what of those who don't?

Joseph Rowe doesn't believe in The Giving. A ceremony in which every year two teens are sacrificed after living fifteen years of luxury. Refusal means banishment to the wastelands and no return to Chance City. Can he really go against what he was raised to do? To believe?
at April 22, 2013

Email ThisBlogThis!Share to TwitterShare to FacebookShare to Pinterest
Labels: A-Z Blogging Challenge, S is for (The) Sacrifice Series