R is for River Women 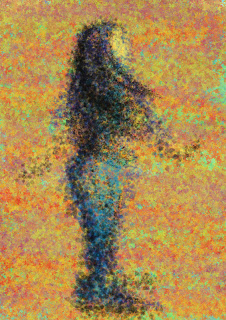 This time I'll let Lord Brinn explain about River Women. This quote is taken from an interview he did last year on this blog.

Lord Brinn: Long ago before my generation's time. We were cared for by another god. I will not call her name but we disrespected her and lost her blessings. She was merciful enough not to destroy us but she left my ancestors to the mercies of other gods and supernatural elements which harm anything or anyone left unprotected. For a time my people were slaves to the The River Women. Able to transform into sea creatures, they were terrible masters to my people who once lived on an island. You see being surrounded by water left us at their mercy and those who tried to escape had their boats smashed to bits and were eaten by the River Women and their children which were creatures of the sea.