I read Lynda's Zombie Post earlier this month and it inspired me to write about real life zombies. What are real life zombies you ask? I see them as people who not only go with the flow but also have the insatiable urge to bring more into the fold. It is never enough for them that you're not interested. Worse the more you refuse their ways the more of them come after you to change your mind.

Want an example? Say you want to be an actress but a close friend thinks because you have a love for science, you must go into medicine. She herself is going to practice law and you must come along to do a real career. You turn her down but that's not the end of it. She keeps coming back and the more you refuse, the harder she tries even going as far as bringing in some of her like minded friends who hound you to change your mind and join them in what they consider the road to success.

While this might seem harmless there are real dangers here. Many people are unhappy in their current job because they listened to someone who told them their dream job wasn't good enough. Some even go to the point where life isn't even considered worth living. The sad truth is there are zombies among us. And if we're not careful, we'll become their lunch or become one of them and go after other dream chasers. 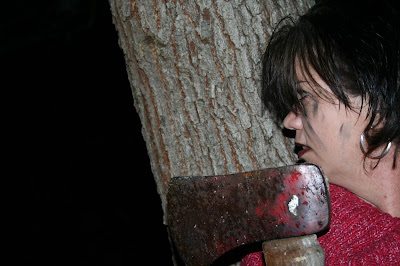