Free E-Book Cover for Sacrifice Her

Earlier this year I had won an e-book and a free e-book cover from C.M. Brown and it was done by Rebekah Roman. After some samples of December 9, 2012 I got the final product. While this won't be my official cover for Sacrifice Her. I thought you guys would still like to see this. Let me know what you think. Cover Reveal for Sacrifice Her is still scheduled for late January 2013. 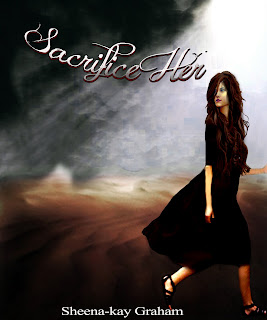