Book Review: The Secret Life of a Witch and Thank You Giveaway Winner

Yes my dear readers today I'm finally back on the book review track. Today has us with a quick romp in fantasy. A novella can do that. 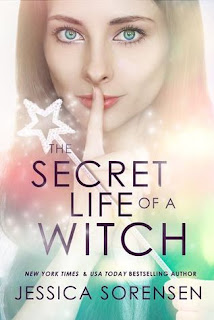 Summary from Goodreads: My name is Evalee, and I have a secret. I’m a witch.
Okay, maybe it’s not that big of a secret. At least not in Mystic Willow Bay where practically every paranormal creature lives.Still, I have plenty of secrets. Like the fact that I suck at casting spells, which is a huge problem, considering I’m a witch. But I can talk to dead bodies and am secretly working on a spell that will hopefully revive my sister from the dead. Until I perfect the spell, I’ve hidden her body in the basement, something my parents are completely clueless about. I’m also in love with my best friend, Hunter, one of the most popular wizards in school and who’s completely out of my league in the dating department. But I’m not the only person in Mystic Willow Bay that has secrets. And some are way worse than mine. Like whoever has been stealing dead bodies from the morgue and the graveyard. For what reason, I don’t know, but I’m about to find out because they’ve stolen my sister’s body, and I need to get it back before I miss out on my chance at bringing her back from the dead.

Evalee has it rough. Being able to speak to the dead, sucking at spells in a magical world and hiding your sister's dead body in order to essentially perform necromancy. While this might sound like compelling stuff, this novella is more of a fluff piece focusing heavily on Evalee's crush on Hunter, her college roommate who she had a crush on for years now. Throw in the dead talking (only on Evalee) body going missing and Evalee has to go in search of her deceased dead older sister with an overprotective Hunter in tow. Demons, hybrids and a boy from Evalee's past (who Hunter is naturally jealous of her knowing, at all) and you have typical fantasy fluff. Which I had fun reading.

Now don't get me wrong. I love the more intricate fantasies like The Throne of Glass series. But sometimes you want to just sit with a decent read and turn your brain dial down a couple notches. Still this book had some issues that I have to state.

1. The overprotective friend trope. Worse it is always a guy and one that the female MC crushes on. Sorry but when a guy wants to tell me how to eat, where to go, grabs my hand and refuses to let it go and I say so repeatedly.... Yeah we aint gonna be friends for long. Hunter was brought in as a nice supportive friend at first. But boy did this stupid trope turn him into a dick. One that Evalee forgave way too easily.

2. The other guy. Or possibly guys. The demon hybrid turned into a handsome guy at one point before running off so maybe he'll want to bang Evalee in the sequel. I don't know. The main one though was Evan. And he was actually a great character. Smart, kind, not clingy like Hunter...at all! In fact he kind of gave Hunter the side eye for his over protective behavior. Which everyone should! But it was obvious that he was brought in for a potential love triangle (or square if demon hybrid boy comes back)

3. The story was overall just average. There were so many ways this story could go. But the author clearly just wanted a regular NA with magic involved. And since she didn't go above and beyond to make this fantasy (and paranormal, I guess) story magical...it was not really that great. Sure you had wands. But then someone dropped them. Something shorted out. A demon hybrid petrifies you stiff then just lands an info dump and has a hot face with one of his transformations.....

Like I said this book is fluff and a short fluff at that. At under a hundred pages it won't take all that long to read. I plan to continue this series since I enjoy the author's work and it cost just 99 cents per novella. But I would only recommend this book if this review makes you excited for it or you are already a Jessica Sorensen fan. A popcorn read at best. And yes, I have book two waiting to be read. 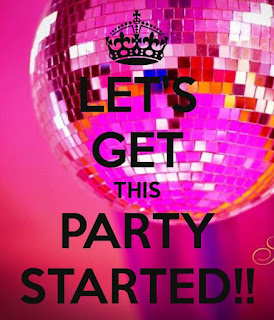 The time has come to name the winner. Nine entrants in all and random.org picked...#1. Which just happens to be Alex Cavanaugh! See? It pays to be first in the comment section. Thank you to all who entered and Alex feel free to email me which book (one paperback or hardcover) or e-books (three maximum) that you want with the total cost not going over $20. Prizes will be sent out February 1st.

Email ThisBlogThis!Share to TwitterShare to FacebookShare to Pinterest
Labels: BookReview, Jessica Sorensen, Thank You Giveaway, The Secret Life of a Witch