Today I have two books to share with you. First is the cover reveal for E.J.'s latest book and then Misha's novel The Vanished Knight. Enjoy. 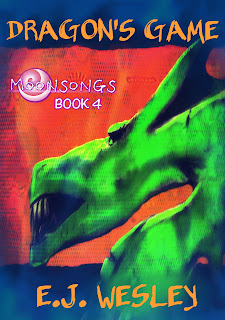 Jenny Moonsong recently inherited the title of "monster hunter" and an ancient tribal journal/how-to manual passed down by her Apache ancestors. She has already faced a werewolf, witches, and a troll. But nothing could prepare her for her latest confrontation...

Dragon's Game, Moonsongs Book 4, finds Jenny out of her rural West Texas element, searching for an evil witch in an urban Houston nightclub. After attempting to help a handsome and mysterious stranger out of a jam, she finds herself on the run from a ruthless gang who are even more dangerous than they initially appear.

Forced into a twisted game of life and death, Jenny must navigate the complexity of a budding relationship, and somehow survive a night filled with unexpected horror and paranormal mystery.

Dragon's Game is approximately 14,000 words or 45 pages, and is the fourth volume of the Moonsongs Books, an ongoing series of New Adult, speculative / urban fantasy novelettes by author E.J. Wesley.

(These stories contain language and content better suited for readers 17+) 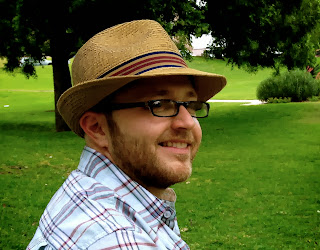 Growing up in small-town Oklahoma, there were limits on the amount and types of entertainment at my disposal. Perhaps that’s why I set my imagination free. After collecting degrees in psychology and counseling, life brought me to Missouri, Texas, and Northern California—where I currently read, write, and live. I fill my spare time playing video games, watching movies, planning for the zombie apocalypse, reading graphic novels, and playing with my dogs.

My passion for New Adult literature led me to producing the weekly New Adult Lit Chat on Twitter, and contributing to the NA Alley Blog. I’m also the author of the Moonsongs Books, a series of New Adult, speculative-rural fantasy novelettes.

Connect with E.J. for all the latest on the Moonsongs books! 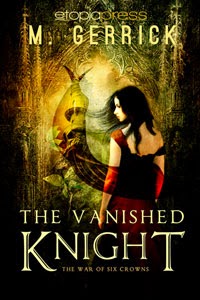 Blurb : Since the death of her parents, Callan Blair has been shunted from one foster family to another, her dangerous secret forcing the move each time. Her latest foster family quickly ships her off to an exclusive boarding school in the Cumbrian countryside. While her foster-brother James makes it his mission to get Callan expelled, a nearby ancient castle holds the secret doorway to another land...

When Callan is forced through the doorway, she finds herself in the magical continent of Tardith, where she’s shocked to learn her schoolmates Gawain and Darrion are respected soldiers in service to the king of Nordaine, one of Tardith's realms. More than that, the two are potential heirs to the Black Knight—Nordaine's crown prince.

But when the Black Knight fails to return from a mysterious trip, the realm teeters on the brink of war. Darrion and Gawain set out to find him, while Callan discovers there is more to her family history than she thought. The elves are claiming she is their princess.

Now with Darrion growing ever more antagonistic and her friendship with Gawain blossoming, Callan must decide whether to stay in Nordaine—where her secret grows ever more threatening—or go to the elves and uncover the truth about her family before war sets the realms afire. 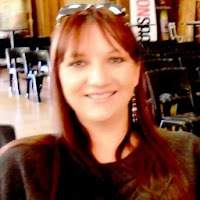 M. Gerrick (AKA Misha Gericke) has basically created stories since before she could write. Many of those stories grew up with her and can be seen in her current projects.
She lives close to Cape Town, with a view over False Bay and Table Mountain.
If you’d like to contact her, feel free to mail her at warofsixcrowns(AT)gmail(DOT)com, Circle her on Google Plus or follow her on Twitter. If you'd like to see her writer-side (beware, it's pretty insane), please feel free to check out her blog. You can also add The Vanished Knight on Goodreads.