From the Great Beyond Bloghop

So which celebrity would I summon in a seance? Let me do a dramatic version of a seance for you.

Let me just brush off my crystal ball. 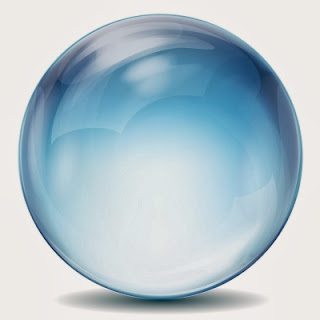 Now watch! While I the great fortune teller Sheena the Omnipresent brings forth the spirit I'll be communing with for the From the Great Beyond Bloghop.

Whispering the words of power passed down from generations, my hands move expertly around the crystal ball. An image begins to form. Aw it's him! He has returned and now there's an open line with the spirit world? 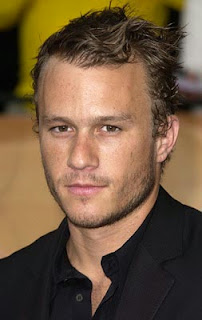 Heath Ledger! It appears his spirit is shown as he best looked in life. He went so young and his role as The Joker in The Dark Knight is still one of his best and among his final before he passed on.

Oh what to to ask. My questions would include how he felt winning an Oscar after his death? How death has changed his view on life? What he now thinks of all his movie roles? What the response to his role as The Joker feels now since he has become one of the best movie villains of all times up there with Anthony Hopkins as Dr. Lecter? Is seeing loved ones from the other side hard even with the time that has passed?

*Takes a breath*. Alas I'm not a real fortune teller but if I were like Ledger I'd totally transform myself for the role. 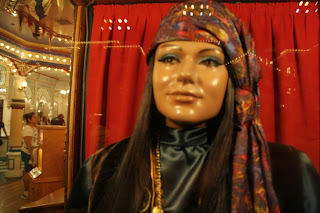 Transformation complete and thank you for visiting.
at October 30, 2013

Email ThisBlogThis!Share to TwitterShare to FacebookShare to Pinterest
Labels: bloghop