I'm excited to share with you the covers for the Aurora Sky: Vampire Hunter Series by Nikki Jefford. She is also author of Entangled: Spellbound Book One, another series. You can read the details of the Phat Puppy photo shoot that helped bring Nikki's character to life here.

What doesn't kill you makes you stronger. 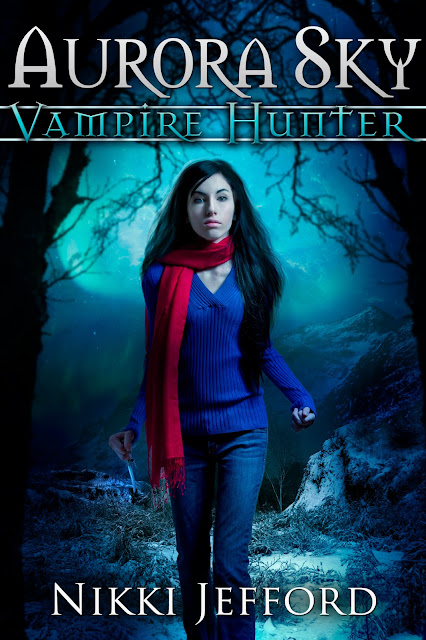 If there is one thing eighteen-year-old Aurora Sky wants, it's to get off the iceberg she calls home. Being kissed before she graduates wouldn't hurt either. Then a near-fatal car wreck changes everything. Government agents step in and save Aurora's life in exchange for her services as a vampire hunter in Alaska. Basically she's a glorified chew toy. All thanks to her rare blood type which sends a vampire into temporary paralysis before she has to finish the job...by hand. Now Aurora's only friends are groupies of the undead and the only boy she can think about may very well be a vampire. And if he's a vampire, will she be forced to kill him?

AURORA SKY: VAMPIRE HUNTER is the first in a YA Mature/New Adult paranormal fantasy series. 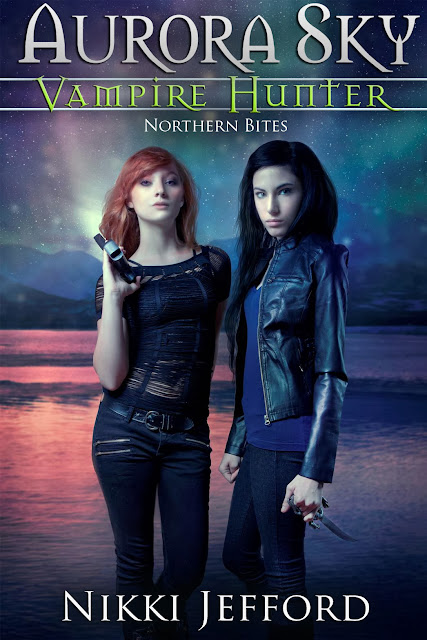 Love Bites. Probation sucks. Thanks to Dante's recklessness, Aurora is now partners with Valerie: the redheaded, backstabbing vixen. Dante is in full flirt mode. Fane's tactics are more ruthless. Something carnal has awakened in Aurora and neither boy is helping tame her cravings. When a member of the unit's team is found dead, Aurora and Valerie are sent after a vampire in Sitka, but Aurora suspects the killer's much closer to home. 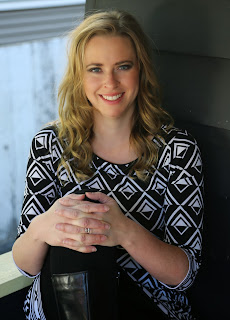 Nikki Jefford is a third generation Alaskan with a degree in journalism from the University of Alaska Anchorage. She loves fantasy, magic, fictional bad boys, and heroines who kick butt.

Nikki married Sebastien, the love of her life, while working as a teaching assistant at a high school in Amiens, France during the 1999-2000 school year. They now reside in the not-so-tropical San Juan Islands, 70 miles northeast of Forks, Wash. in a town without a single traffic light.
Follow Nikki on Twitter
Connect with her on Facebook 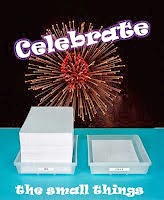 This month I'm happy to still have life despite being sick, all the support from my online and offline friends and the prizes I won including books and paypal cash. 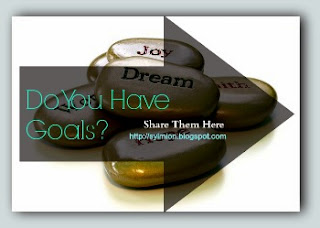 Sadly I have to delay the release of my AYA site until November 8. I'm also working on the idea for my first two novels in the AYA genre. That's all I have to report for now. Enjoy your weekend.