This week has been a tough one. With the flew last week I had a few setbacks but got through all right. This week was different however. I'm, certain bloggers have noticed a big depletion in my comments on other blogs. That has been because I have been unwell and yesterday it took a bad turn. At first besides the flu and some fatigue I was OK. But then around 9:25 a.m. I started to feel really bad and decided to lie down some more instead of getting ready to go to the library. Shortly after I felt tremendous pain go through me and my arms and legs felt like lead. I was nearly immobile over the next two hours. Right now I am better and the pain has dissipated but I do know I'm getting worse and my parents are willing to help foot the bill to get my lab tests done before the end of October to find out exactly what is wrong. Sadly this is only part one of the bad news. 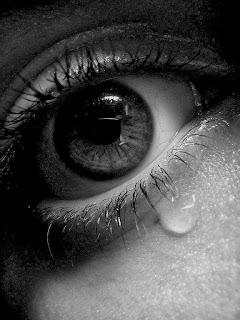 Part two involves my upcoming novel Sacrifice HER and my blogging presence. It almost kills me to say all plans for publishing Sacrifice HER will be delayed until further notice (it now has a tentative February 2014 release date). With the chance of my illness being an auto immune disease just by the list of potential illnesses the doctor wanted to test for based off my last doctor's visit, I want to focus fully on my health and also remove any chance that if my prognoses is serious any fear of not being around to promote or share my book. I never planned on being an absentee promoter or author and would rather delay than leave my book to languish or to others. It is awful when I see all the effort and plans I'd made. Just know that this was a tough and heart wrenching decision. But if I had decided to hold back maybe I would renege and only change my mind after things went further and I turned out to be seriously ill. I'd rather delay know than pack up shop later. Thank you for all your support and know I still plan to publish The Sacrifice Series in 2014 though with a slightly amended schedule. When it comes to blogging I have been quite absentee this week and might be again in the future. On the days I doubt I can comment or don't feel well enough to post, I might be absent or just leave comments. Know that blogging has become a passion to me and I will miss all of you when I can't stop by. Again thank you for your support and know this was an extremely tough decision.
at October 11, 2013

Email ThisBlogThis!Share to TwitterShare to FacebookShare to Pinterest
Labels: Getting Personal