Today I'll be posting a Giveaway hosted by Pages From My Thoughts.

Read Instructions before you enter :
There will be two winners. 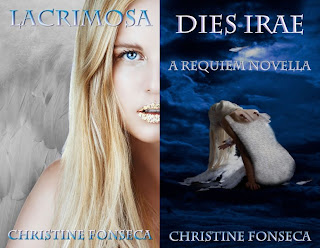 It’s been three thousand years since the fall of Azzaziel and the rebirth of evil; three thousand years since the Sentinal Order, an elite group of warrior angels, returned to Celestium. Their job—rid Earth of the dark creatures, the UnHoly. And with luck, end Azza’s rule.
As if casting out demons isn’t hard enough, five-hundred-year-old Nesy has to masquerade as a teenage girl to do it. Nesy is the best of the Sentinals. She never makes mistakes, never hesitates, never gets emotionally involved. Until she meets Aydan.
He is evil incarnate; a fallen angel that feeds off the souls of others. Everything Nesy is supposed to hate. But she can’t, because he’s also the love of her former life as a human girl—a life that ended too soon, tying her to emotions she was never supposed to feel.
Now Nesy must choose between doing her duty—damning Aydan to the fiery depths of hell—or saving him, and condemning herself. And her choice may cost her, and Celestium, far more than anyone realizes.
How much will she sacrifice for love?

Mikayel lives by one rule—obey the orders of the angelic Council at all costs. That is, until he and his friends, Azza and Demi, are sent to Earth. Assigned as Watchers while they await their decision of which angelic order to serve, the three assume the bodies of teenagers and experience life as human.
The sensations are overwhelming as the angels experience a host of human emotions—rage, terror, love—and come ever closer to breaking one of the unbreakable rules—never fall in love.
But being human isn’t the only problem facing the three angels. Unbeknownst to the Council, demonic activity is on the rise, threatening to break a tenuous peace that has existed for a millennia; a peace Azza seems bent on destroying.
Caught in a struggle for power with unseen demonic forces and Azza, and fighting against his rising emotional attachment to Demi, Mikayel must now decide how much he is willing to sacrifice for his new found love—a decision that could reignite an ancient war and will threaten the only thing that matters to the angels, the survival of humanity.
at April 21, 2012