Today I'm sharing the cover for Chasing Anya by J.L. Campbell. I'm a day later than the official reveal but it is never too late to help a friend and fellow author/blogger. 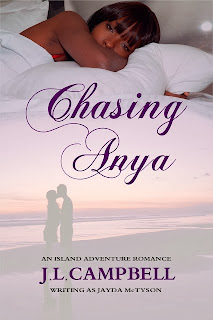 Summary: Been there. Done that.
Feisty and independent, Anya Davies lives by her own rules. The one thing she's hell-bent on avoiding is a conventional relationship, thanks to her abusive ex who refuses to stay in the past. As far as she's concerned, romance is a no-no. The second complication in her life is a secret that condemns her to constant guilt and a solitary life. A series of near misses and escalating threats are a third and worrying factor. Only a special man would understand or live with Anya's challenges and demands.
Casual sex...so not having that.Enter Christophe Mondesir. Two years ago, Anya dumped him without explanation. An accidental meeting shoots Anya back on Christophe's radar. He refuses to be denied and plans to breach the fortress Anya has built around her heart--if she'll commit to more than a casual liaison. He's also determined to find out what she's hiding. That's if the stalker who's after Anya doesn't end her life first. 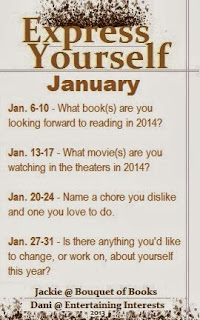 I missed the first meme last week but I'm just in time for the second one for 2014. This time we are to share what we'll be seeing at the movies this year. Here's a few of my picks.

12 Years as a Slave (coming out Wednesday, yes another late arrival)

X-Men: Days of Future Past

How to Train Your Dragon 2

Frozen (saving it for month end, it will still be there)