Man, this is not the usual book review today. Not at all. I don't usually do rants on books. But this one has just gone too far. It is a disgraceful book written by a white man who takes progress in writing diverse characters back to the dark ages. And yes I didn't give any book links on purpose. 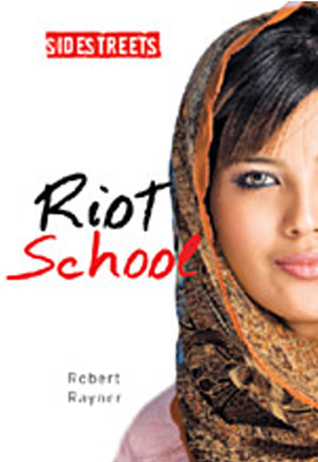 Summary: In the middle of the night, five teens break into a small town high school that has been closed by the regional school board. They are there to protest the decision to move them to a big city school and make their little town that much smaller. Led by Bilan, whose experience with the Arab Spring fired a passion to peacefully fight against injustice, the Gang of Five occupy their old school. The local police chief and the town quietly cheer them on. When the school board calls in a big security firm to break up their occupation using any means necessary, including force, the five have to decide how far they will go to show their outrage at having no control over decisions that affect their lives.
This is a novel which picks up on themes drawn from the world around us, and shows how these can play out in the lives of contemporary young people. 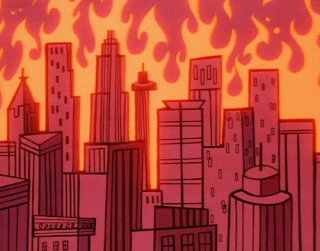 The rage that I'm feeling about this book. The WAY I feel about this book. We have come to the point where reading is a valued commodity. Not by all but literacy is vital to living the best life you can.

This book was supposed to be about a protest carried out by a diverse group of teenagers who society either ignores or mistreats. With the exception of one guy who joins the protest mostly for his own whiny ambitions. But at the start, this book had problems but also promise. The promises went away and the problems got worse. Art is subjective but misrepresenting people and putting them in toxic stories is not. You can write about Muslims, people of color, vandalizing whites and so on from your own view. But when you as a writer create a book that you tout as teaching young people about how protests work, how people are, interaction with the police and those in authority and relationships. Then you have a responsibility to handle it with care. No matter that its fiction.  This book instead does everything that will make you wonder if book publishing should have professional bouncers like many nightclubs do. And if you're wondering, no the writing isn't great, the characters sway wherever the story or their racial stereotype deems them to go and I want to go to bed.

Reading this and taking it as a serious lesson, you'll learn:

1. Students can start a peaceful protest that ends up having severe property damages with no consequences.

2. All authority figures in education hate children and just want them to learn and shut up.

3. If your parents are black you must be bitter and angry, nasty to your girlfriend, hang off her like a stalker, father's in prison for selling dope and you have no idea how to solve problems peacefully. You nearly get in trouble at the start of the book for blocking a car but towards the end after a white student punches out the guard who grabbed your Muslim girlfriend, everything changes and you almost choke another guard to death but face no consequences. Because people just love that choke.

4. If you are a white vandal who carries a knife and will hint violence if you don't get your way. You are at the end of the day a charmer who is nice to girls, stops black antagonist from fighting others, will hint violence but smile so it's okay and you will pull out a knife on security guards but it's good.

5. Female Muslims are all from war-torn countries with issues about being touched, you will crush on and hang onto an awful boyfriend but if during a protest a guard touches you in an inappropriate place then suddenly you have transformed, you transform into a bitter hateful person with no context wanting to vandalize the school and use boys to your advantage instead of keeping the boyfriend you had been pining over for nearly the entire book.

6. If you have an anxiety disorder, stuttering and other signs of more disorders and are homeless. The writer will only address the homelessness and family drama. No one needs to know what medical diagnosis the character has. You can just figure it out while she just considers herself wrong and weird. But will suddenly fling herself on her crush to block a guard after being terrified of everything in the whole book. Spoiler, he's white vandal guy. Coincidence?

7. Police don't arrest anyone. Not even when a security guard grabs a teenage girl's breast and touches up her leg. I mean officers are just friendly people who pass by and wish you luck right? Oh, and when a girl's given a black eye, men are beaten and choked. No arrests. I mean what are they. In charge of upholding the law?

There are many more issues with this book. But I don't want to talk about it anymore. No rating, definitely don't recommend. Oh and did I forget to add the author has been a journalist, school teacher, and principal. Yeah, I'm out.

I was going to post reviews all week but I need a break. See you all on Friday.