I have officially set the date of Sacrifice HER as March 17, 2014. Deadly Luxury will be out May/June 2014 and the others will range from Summer/Fall release dates. But I'm also excited to say that Sacrifice Her will be getting a bit of a re-do. 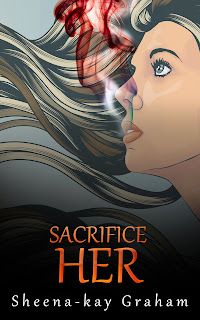 The image of the female will still be there but I have to change the smoke because of a mix up that's a misuse on my part and I want to add to the title that this novella is book one in The Sacrifice Series. I plan to set the re-reveal as the same day as the cover reveal for Deadly Luxury. 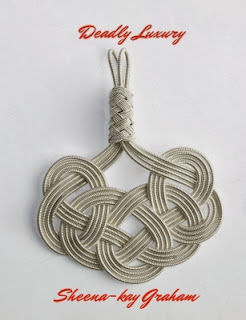 Yes it is time again for another spectacular talk of an upcoming book by me, Tessan Chin. Kidding, Kidding, but congrats on winning The Voice girl! Jamaica's so proud. Oh and the U.S.A. and so forth...I guess. Serious now. In January I will open sign up for the February Cover Reveal for Deadly Luxury. I am excited about sharing another cover with you guys after all the positive responses I received for the first book. I like the mock cover I chose and believe the official cover will truly depict the fate that the two MC's are facing. I considered putting the sign up now but decided I want to focus on the holidays. Also you can check out my Pinterest Board for the series. And go to The Sacrifice Series Page for more on all the novellas.

Oh I'm so excited and I'm practically bouncing as I write this. Thanks for all the support and I can't for you guys to meet Deidra, Lord Brinn, Jessica and Joseph when my novellas come out. Ahhh! Can you tell I'm excited? Thanks for all your support and Merry Christmas. Happy Holidays my loves.
at December 18, 2013

Email ThisBlogThis!Share to TwitterShare to FacebookShare to Pinterest
Labels: The Sacrifice Series