Getting Personal: Goal Fail and 2014

In February in posted Goals for 2013 Revamped and planned to accomplish as many of them as possible. Now 2013 is almost over and all I really managed to accomplish was goal #9 which was to take my marketing and promoting of my books more seriously. I believe I did a good job at at along with the help of Courtney who assisted me from the marketing package I had one. Even though I got sick and had to delay the book, I received honest sage advice that will help me for all things I market. Thank you Courtney.

Am I disappointed I didn't accomplish more goals. Yes. Do I feel bad. Oddly not really. Earlier in the year I did have the downs as I realized I was definitely going to accomplish as much as I'd planned. But now I know I did accomplish some things that weren't even on the list. I got Briar's Dilemma off the ground without it being on the list, I'm working on a new genre AYA, and I have a secret project that popped up on the tail end of Nano 2013. Even though I didn't publish any books this year I do have a smashing book cover for Sacrifice HER. There are things I did without a list and I learned from my failures. 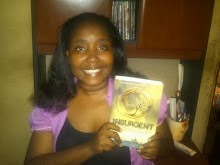 What I want to say is that failure comes with lessons and what you learn prepares you to do better next time. For 2014 I don't plan to have a goal list but I will always have goals. Merry Christmas and Happy New Year. I do plan to post through the holidays minus Christmas Day and Boxing Day.
at December 19, 2013

Email ThisBlogThis!Share to TwitterShare to FacebookShare to Pinterest
Labels: Getting Personal