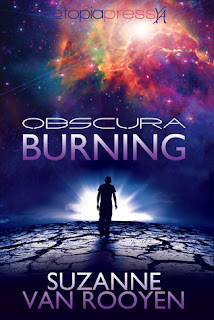 Kyle Wolfe's world is about to crash and burn. Just weeks away from graduation, a fire kills Kyle's two best friends and leaves him permanently scarred. A fire that Kyle accidentally set the night he cheated on his boyfriend Danny with their female friend, Shira. That same day, a strange new planet, Obscura, appears in the sky. And suddenly Kyle's friends aren't all that dead anymore.

Each time Kyle goes to sleep, he awakens to two different realities. In one, his boyfriend Danny is still alive, but Shira is dead. In the other, it's Shira who's alive...and now they're friends with benefits. Shifting between realities is slowly killing him, and he's not the only one dying. The world is dying with him. He's pretty sure Obscura has something to do with it, but with his parents' marriage imploding and realities shifting each time he closes his eyes, Kyle has problems enough without being the one in charge of saving the world...
-- 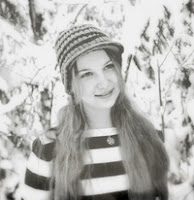 AUTHOR BIO
Suzanne van Rooyen:Suzanne is a freelance writer and author from South Africa. She currently lives in Finland and finds the cold, dark forests nothing if not inspiring. Suzanne is the author of the cyberpunk novel Dragon’s Teeth (Divertir), the YA science fiction novel Obscura Burning (Etopia) and has had several short stories published by Golden Visions Magazine, Space and Time and Niteblade. Niteblade nominated her short story Where dreams are grown for the Pushcart Prize. Her non-fiction articles on travel, music and other topics can be found scattered throughout the Internet. Although she has a Master’s degree in music, Suzanne prefers conjuring strange worlds and creating quirky characters. When not writing you can find her teaching dance to ninth graders or playing in the snow with her shiba inu.Suzanne is represented by Jordy Albert of the Booker Albert Agency.Author Links:Website:  http://suzannevanrooyen.com/Goodreads: http://www.goodreads.com/author/show/5306442.Suzanne_van_RooyenFacebook: https://www.facebook.com/pages/Suzanne-van-Rooyen/304965232847874Twitter: https://twitter.com/Suzanne_Writer