Book Blitz: Eun Na and the Phantom and Monday MishMash

Good Morning! This Monday is not only another MishMash but also a book blitz! I joined Juniper Grove Solutions over the weekend as their latest tour host. Decided to take on this gem as my first blitz with them. So presenting a blitz about a fantasy tale that will intrigue you and a giveaway.

Title:  Eun Na and the Phantom

Author:   Erica Laurie
Published:   February 2nd, 2016
Genre:   Fantasy
Synopsis:
One man’s immortal curse.
The precious gift of a dragon’s soul.
And a woman who can set him free.
A logger is in debt to his landlord, and he must pay up or hand over his daughter, Eun Na as payment.
Hardworking and kind, Eun Na attracts the attention of a mysterious man from the mountains. When an accident renders her father unable to work, the handsome young man steps in and offers his assistance. Yet he is not what he seems.
Eun Na and the Phantom is a magical story set in a fictional world based on historic Korea. It is sure to please both readers of fantasy and viewers of K-dramas a like. 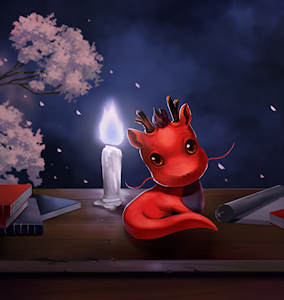 
Giveaway Details:
There is a tour wide giveaway. Prizes include the following:

Excerpt from Eun Na and the Phantom by Erica Laurie:

“Are you a ghost?” Eun Na asked as she looked and saw Tae Kyung standing there. He was leaning up against a tree. His eyes went wide briefly, as a bit of color left his face. Was he surprised to see her? No, it wasn’t that Eun Na reminded herself. It was something else. He had called to her first.

“Well that would explain it” Eun Na walked to the side of the road where Tae Kyung was standing and sat down next to him. Eun Na removed her worn shoe. One of the pieces of twine was broken. She would need to mend it.
“What would explain what?” Tae Kyung asked as he joined her.
“Ghosts would explain my wound,” Eun Na said as she pulled off her sock and revealed the angry looking red streak on her leg. Its dark color became lighter. “It’s even healing right now, before my eyes.” If she hadn’t seen it fade, she’d not have believed it.
“Mmm,” Tae Kyung murmured as he reached over and put a hand on her head. She felt a tingling sensation on her scalp from his touch. “You must have hit your head when you fell into that hole.”
“Is that your polite way of saying I’m going crazy?” Eun Na said, turning her head to look at him as she spoke. The smile he gave her made her heart rate speed up. She moved to cover her feet when Tae Kyung spoke.
“There’s nothing wrong with your leg.”
“Huh?” Eun Na looked at her leg. Tae Kyung was right; the angry red wound was gone. “Maybe I am going crazy.” Eun Na gave Tae Kyung a pondering look, and then leaned over and pinched his arm hard.
“Hey! What did you do that for?” Tae Kyung shouted, leaning away from her.
“Sorry. I was just checking to see if you were real.”
“Shouldn’t you have pinched yourself to see if you were awake?” Tae Kyung grumbled, rubbing his arm and watching Eun Na warily.
“I am awake. That’s the problem,” Eun Na replied. “My life is turning into a huge mess it seems.”
“I think you need new shoes,” Tae Kyung informed her.
“What?” His sudden change of topic confused her.
“I bet that’s why you were limping. So, put your sock and shoe back on, and let’s go see what we can find.”
“That’s all right. I’ll make do with these. My family can’t afford shoes just now,” Eun Na explained as she finished putting her shoe back on and stood up. “Well, I must be going.”
“To buy shoes,” Tae Kyung said as he moved swiftly. He took one of Eun Na’s arms at the wrist, and in a fluid motion, lifted her onto his back, her legs to either side.
She had no choice but to wrap her arms around his neck and shoulder. “Hey! Put me down.”
“Only after we buy you a pair of shoes that are not worn out to strings.”
“They are made of twine,” Eun Na laughed.
“As I said, they are nothing more than strings,” Tae Kyung said, winning the argument.


Eun Na decided to rest her head on his strong shoulders and just enjoy the moment. 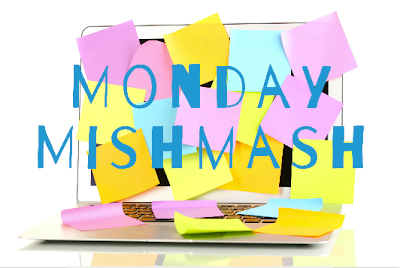 Monday Mishmash is a weekly meme created by Kelly Hashway for sharing what's going on in your life and noggin. You just grab a button and post your business...I mean thoughts online. No biggie. Have fun!

1.  Getting some nice cash in hand to do great things. First a dental appointment then readying to get another cover done. So is the writing life.

2. Freelance work which I kind of avoided last week. No chance this week. Won't allow any lateness.

4. Writing more for myself. Very intrigued by a new novel idea I got over the weekend.

5. Trying for another free movie pass this month (saw the movie Batman v Superman when I won one in April. Last time I won before that was in 2015 and the only one I won that year). Not sure what I'll see yet if I win it.

7. Wednesday's post will be about me experiencing Skyping for the first time with a certain Youtuber. I have mentioned her before and had a great time chatting with her on Sunday.