Today I am excited to say that I'll be seeing Batman v Superman: Dawn of Justice this evening on a free movie pass. Won it yesterday on Twitter during Palace Amusement's #AListers giveaway. Will I be blown away? You'll know tomorrow when I post M along with a mini review for B v S (will post full one in May).

Oh and this month I'm a minion for the Joy Brigade. Been doing my best to keep up my minion list but dang dentist drama got me sidelined some days. Thanks for dealing with the wrong tooth Mr. Dentist. I really wanted you to deal with filling in the tooth without the painful cavity. So yeah, I have to see a different dentist month end. Not going back to that pompous idiot (before you think I'm being mean this guy decided to just take on the I'm the . Listen to your patient!! 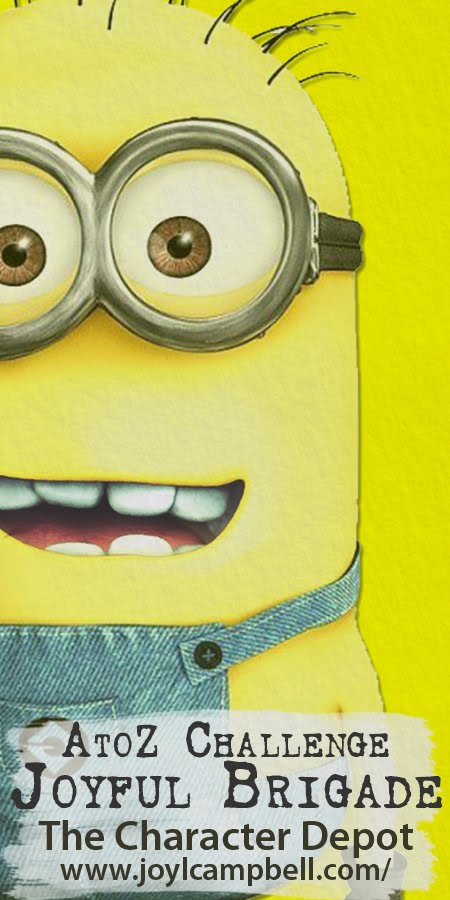 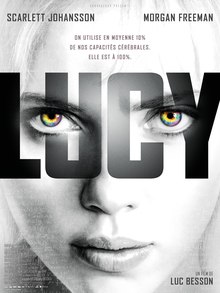 Scarlett Johanson has really done the right things for her career. She has become an integral part of a Marvel franchise, a popular actress, likable on and off screen and through this movie proves that she is bankable even in a standalone movie without Marvel backing her up. In this movie she is Lucy, a 24 year old woman studying in Taiwan and living a regular life. That all changes when her boyfriend tricks her into delivering drugs. Worse she is soon captured and forced to be a drug mule delivering a special synthetic drug called CPH4 after he gets murdered. If all this was not bad enough everything turns upside down after one of the drug bags breaks inside her and she in transformed by the leaking drugs into a otherworldly genius femme fatale who crosses paths with Professor Norman (played by Morgan Freeman) a man who can better explain her condition. Her transformation gives her special abilities and the capacity to use more of her brain than any other human. But as she changes she starts losing the very thing that makes her human and stopping a drug lord and saving the other drug mules proves to be a tough sell even when you are more than just a mere human.

I was taken a back by this movie. This is the kind of movie usually starring a guy not female. Thankfully this was named Lucy not Luke and watching a female do a science fiction action right was wonderful. Anything over the top matched with the film and many of the awful tropes in some female starring films that end up turning off or boring the audience were avoided. Lucy started off as an ordinary woman so it was easier to connect with her than some sexy secret agent or ultra bad ass toting character from the get. Sure as the movie goes on she does become the ultimate bad ass but it is a progression even if it is a swift one that can be jarring if you're not following along with the story. Even the secondary characters have their moment. From the poor taxi man just lucky enough to speak english, to the jerk off boyfriend right up to the henchmen of the drug lord. Oh those henchmen were off the wall. They should go join Deadpool because they elevated the movie quite well. Marvel could also do well pulling in henchmen like these to help bolster their sagging villain movie characters (sorry but the cries of so many audiences about your villains can't all be wrong) - though I LOVE Loki. The conclusion takes you on an even bigger bender but I enjoyed it quite a bit. So in the end I definitely recommend this movie if you enjoy your action with some crazy sci-fi elements. Also if you want to see a female action star do things right and not just stand around doing hair flips, hip thrusts and the bedroom tango. This aint no bedroom Bond girl movie.
at April 14, 2016

Email ThisBlogThis!Share to TwitterShare to FacebookShare to Pinterest
Labels: A to Z Blogging Challenge