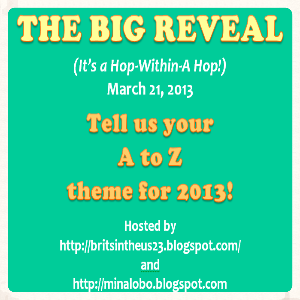 The Big Reveal for my A-Z Theme for the A-Z Blogging Challenge is Sacrifice Her: Characters and Book Facts. Sacrifice Her is book one of my novella series The Sacrifice. I plan to release the first four ebooks later this year. In my first A-Z all month long I'll be posting about characters from Sacrifice Her as well as book facts on where the story is set, traditions of the people and so on. So join me next month to be filled to the prim with exclusive pre-knowledge on my exciting dystopian young adult ebook coming hopefully this fall.

There are two mock covers below. The first was made by me, the second designed by Rebekah Ellen Design as a prize from a giveaway. 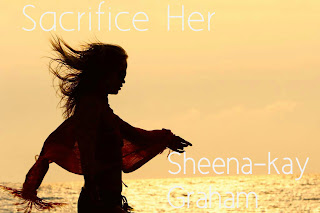 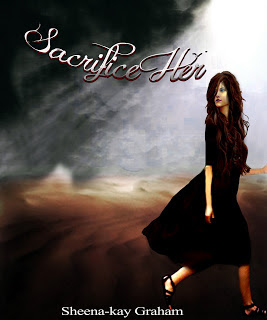 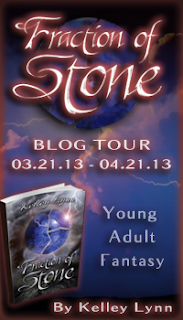 Today I'm ecstatic to be participating in the release blog tour for Fraction of Stone by Kelley Lynn. I met Kelley on blogger early 2012, before her book was published and from what I read about the story knew it was meant to be told. Fast forward to today with her novel being published by Sapphire Star Publishing. So read about her book, buy a copy if you can and enjoy the book trailer and giveaway. 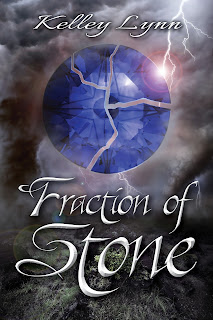 Wind tunnels, torrential rains and earthquakes tear apart Casden. The cause of the world’s imbalance is unknown, but the mounting occurrences suggest there’s little time before life ceases to exist.

Rydan Gale and Akara Nazreth are the only humans with the ability to wield magic. The tattoo on their necks and the discovery of an ancient book, dictate they are the key to the world’s survival.

But the greatest obstacle for saving mankind isn’t the bizarre creatures, extreme betrayals and magic-fearing men hunting them.

It’s that Akara doesn’t believe the world is worth saving.

Eventually the day came when the voices in Kelley Lynn’s head were more insistent then her engineering professor’s. So instead of turning to her Thermodynamics book, Kelley brought up a blank page on her computer screen and wrote. Somewhere along the way she became a Young Adult author.

Kelley was born and raised a Midwestern girl. She’s not afraid to sweat and fills her free time with softball, soccer and volleyball. (Though you probably don’t want her on your volleyball team.) She occasionally makes guest appearances as a female vocalist for area bands.

You can find Kelley hanging out at her blog, titled in her name, as well as the group blog she shares with her fellow critique partners, . Kelley is a member of the Society of Children’s Books Writers and Illustrators.