Today I want to discuss the poor choice of release dates that have been affecting the box office success of book adaptations. Namely those of YA but not solely. Yes, there has been a decline of interest in sections of the adaptation market. But that doesn't excuse poor marketing. Releasing a movie on a date it can't compete is a terrible disservice. 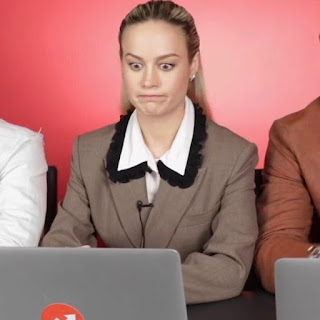 Based on the novel of the same name, this film was released with a debut of 2.5 million. An extremely low number that only worsened as time progressed. Released the same day as John Wick 3, a week after Detective Pikachu and during the time matrix of Avengers: Endgame. This summer date was a terrible idea. Neither of the stars was household names able to compete in this competitive season. Other movies with bigger names and franchises were also out. The best time this should have released was January 2019.

Based on the book Simon vs. the Homo Sapiens Agenda. Debuting at $11.8 million and in fifth place. The film was released the same date as Tomb Raider, a well-known franchise that has the power of a strong fanbase behind it. Also, big blockbusters like Black Panther were still going strong at this point. This is the only year where debuting January/February wouldn't have saved it. 2018 was quite competitive from early on with Insidious: The Last Key grabbing the first week in January despite being part of a huge horror franchise. Love, Simon's best shot would have been debuting late August or September 2018. Where there was a lot less competition. In the end, it made minimal profits but was a great move for teen gay romances getting on the big screen.

Third firm in the Divergent YA trilogy. This movie came out the day before Batman V. Superman. I can't even explain how ridiculous that is. One of the most anticipated superhero films with three well-known heroes in one movie (Batman, Superman and Wonder Woman) was what they decided to compete with. After coming off the sequel Insurgent, a movie much maligned by fans. The decision was made to go up against one of the biggest juggernauts of 2016. January 2016 would have been the perfect date for this film. The biggest thing that month was Kung-Fu Panda 3, a franchise they could easily avoid by debuting two weeks earlier. But no, they decided to go against a superhero film. It made $179.2 million on a $110 million budget. A clear loss the studio can only blame themselves for.

Based on the YA novel this was the final movie in the trilogy. It made in total $288.3 million on a $62 million budget. Proving that even in 2018-19 where these book adaptations are assumed to be losses. Profits can be made if the right date and promotion come together. Unlike Love, Simon, the studio avoided being in direct line of any big blockbusters or franchises. Coming weeks before Fifty Shades Freed and Black Panther in February. Which allowed the film to make money and end their adaptation franchise on a positive note.

Based on the novel this film is not out yet. Went through multiple changes in release dates including being moved from March 22, 2019. Putting it in competition with Captain Marvel and also have the same date as the horror hit film, Us. This is the perfect example of a studio picking a safer date to drop their movie. Their biggest competition is same day released Good Boys and The Informer. Also the following week Angel Has Fallen will be released, a trilogy in its franchise but not a heavy hitter.

So I'll close with this. Release dates and box office success are essential in Hollywood. Sure there are some award darlings that are less interested in making the big bucks. But those are not the majority. Book Adaptations, especially those for YA and genre fiction are looking to make profits and be memorable. So the studios need to work on picking better release dates. Yes, it's competitive. But placing your smaller movie against a big hitter is more likely a sure way to losses than a lucky win.
at May 27, 2019