IWSG: Putting Yourself Out There 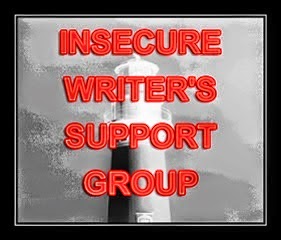 Today is the monthly IWSG hosted by Alex and his interchangeable minion squad of online ninjas. Every first Wednesday participants gather to share their insecurities and other thoughts out in the open. It is is an amazing catharsis and fun gathering to be a part of. So here I go with my post.

One of my insecurities has been getting more involved online. When I started this blog I had already tried others with varying degrees of success and failure. Yet I was willing to try again and as you can see a couple years down the road it has paid off.

Then there was Facebook which at first was this crazy fun playground but soon became an overcrowded junkyard I could barely get a word in. I left it for awhile a while for Twitter last year. While I have returned it is still a struggle and not one I'm currently really struggling with as I have found my social media soulmate.

Now that takes me to Twitter. When I first started I have to admit I misjudged twitter. All those short quips and people maybe throwing one back? What the hell is this? Off to Facebook where I can participate in real communication. Oh the irony when I went crawling back and by 2015 I was on a roll. I live tweet on some shows, share writing thoughts and chat it up with various authors and even some nice individuals from the world of Entertainment. I have really found my center here and it will be a vital part of my marketing campaign when it's time to promote my book.

Youtube. Funny most would think you can't make an impact on Youtube if you don't create videos. WRONG. I don't create videos but what I do is comment and communicate with those who do. Bobby Burns and Grace Reynolds are two avid professional Youtubers I have a strong fan relationship with because we don't just chat videos but also about our own thoughts and media. Recently one of my tweets made Grace Reynold's channel Movie Math. Now this was not planned. I had just read an article that burned me up because DC decided to drop Wonder Woman's age and kind of allowed it to be made a big deal. Something I noticed was not done with other superhero characters like Thor (yes I know Thor is with Marvel but let's not forget how sexualized Black Widow is versus Bruce Banner/The Hulk. It has long been an issue that females in movies are often not given the same respect and due process as males). Plus in retrospect who went around dumping the ages of Batman or Superman in Batman vs. Superman (and I don't count saying Batman is older and more jaded. I get older every year I'm alive and that does not reveal jack about my age). So I tweeted Grace like a number of fans and subscribers do. Not too long after that I got to see her mention me and talk about my very tweet and more about Wonder Woman. It was frigging awesome!

Here is the video below. If you look to the left as you watch the video you'll see thumbnails. The one with Wonder Woman beside the birthday cake over stacked with candles is the story I'm mentioned it. If you don't want to watch the entire thing but are interested in hearing about the tweet by yours truly you can click that to skip ahead. Still there are other cool stories including a detailed talk about the movie Birth of a Nation, Star Wars: The Force Awakens struggling in China and the viewer question involving the chances of a live action Pokemon.

Instagram and Tsu.co are two others I want to utilize as well as both places I chat with others online as well as potential marketing tools. But getting to communicate and enjoy time with others is priority for me. I love doing freelance writing despite the load sometimes getting heavy reminding me that it's also a job. While I can't say loving what I do never feels like work, I can say I never go through life always hating what I do. Oh and I updated my Linked In during January and need to get on that.

So yeah it's important to have an online presence but try to make it fun too if you can. There is always a way to get yourself out there and make friends where you can. Thanks for stopping by and see you dear readers again on Friday.