I Survived Blogfest: Drama and Tsunami

Today I'm thrilled to be a part of the I Survived Blogfest hosted by Chrys Fey. Warning. My post does not follow the scientific movement of Tsunamis. This is purely fictional.

This is Chris Fey reporting for Disaster 5 News. I am visiting the lovely island of Jamaica where a tsunami sadly hit yesterday morning. I have Miss Graham with me, a survivor of the tsunami. Miss Graham, can you tell our viewers what happened, and how you survived?

Miss Graham: For starters call me Sheena-kay or Sheena. When last name call me think of me mother.

Mrs. Graham (in the background): 'My' mother.

Mrs. Graham (louder): No. She is representing the country with this foreign white lady and needs to speak in Standard English. This is not the time broken English or patios. You know some of them people would bring back slavery in an instant. I don't trust one of them and don't get me started on all those Chinese people coming in. I bet is them bring in that plastic rice!

Chrys Fey (confused): What is she talking about?

Chrys Fey: Okay. So how did you survive the tsunami Sheena?

Sheena: Well me...I first have to thank the Lord Almighty for preserving me and my family. Yes Aunty, Uncle, relatives and friends. We are still alive. All five of us. Anyway it all started with my parents having to go to the beach. For the record I hate the beach. But they couldn't just take my brother and sister, I had to come along to. Just to sit in the car with the radio. At least I had a book.

Chrys Fey: Oh so you were just with them by chance?

Sheena: Yes and I would say more bad luck than chance. The news claimed that the tsunami was not going anywhere near our side of the island. A few days ago the parish of Hanover and surrounding areas got hit. But they're northwards and we in St. Catherine are south. So we were supposed to be safe. Of course people like me who read up know how dangerous and unpredictable some of these storms are. We thankfully live far from the beach but someone had to go visit there. 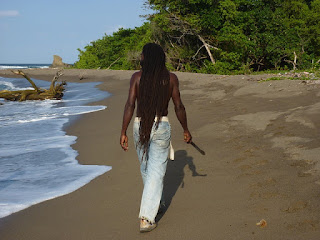 Mrs. Graham (in the background): I hope you not bad talking us you know. We all wanted to go!

Mr. Graham (in the background): No we didn't. You just wanted to hang around eating the fish cooked by the vendors.

Mrs. Graham (loud): But you never nyam some to? You and your craven son? 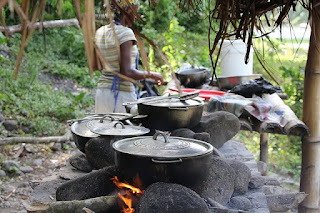 Sheena: Oh God. Anyway, we were at the beach, Hellshire to be exact when a news bulletin came in. Thankfully I was in the car and heard it. A flash flood warning was in immediate effect with emergency messages saying some beaches including Hellshire had less than twenty-minutes to evacuate immediately. Chrys, I was out of the car and to my parents in seconds. But I ensured to be careful and whisper to my mother who is a everyone for themselves person. She discreetly got everyone on the car and we were off. Of course as soon as we hit the road I told father to 'book it'. After mother shouted a few times he complied. Soon there were more cars on the road but we were ahead.

Chrys: Wow. You really just got out of there. Not warning anyone?

Sheena: Chrys this is real life and the fisherman were near enough to start warning people. Well them and all the other vendors and so on...but still. Anyway as we were headed home I kid you not...we heard a rumble. My father barely turned the car in another direction as a crazy ass body of water started to follow back a we. Everybody start scream and we just a drive because we know say nuff people dead back over there. Cause no car was following us though maybe a few found an alternate route. Still, it was clear that some people did haffi dead. Gone!

Sheena: Anyway so we a drive because we were on an unfamiliar path. And we could still hear the roar of the tsunami though it still hadn't hit us yet. The car nearly flipped over twice because of the earth rumbling and some paths were blocked by fallen trees. My father decided to take an alternative route...but guess what? The tsunami nuh find we and we have to book it again. This time water a splash up the car and we a see water a cover the tire and some even leaked into the car. 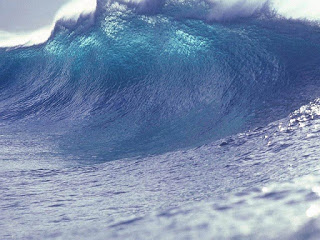 Sheena: Yes. I even took some pictures.

Chrys: Really? Have you shared them?

Sheena: No way. I said unless somebody a pay we...taking them to my grave.

Chrys (passes her card): We can discuss that in a later interview.

Sheena (gets the message): Of course. Journalism and everything. Mom, hold this card. (whispers) She want the picture them. Me did tell you.

Mrs. Graham: Thanks for your professionalism. (dashes off)

Sheena (normal voice): So yes we drove against that tsunami. Mud was everywhere and we barely made it out alive. Luckily we came upon a mountain path and my father drove us as high as he could until we ran out of as. Some of the waves hit against the car but not enough to drag us off though we moved several feet. Over all we are just lucky to have survived. The devil tried but failed to take us before our time.

Chrys: Well that is quite a tale. Imagine if there was video.

Sheena: I did record some of it for a Youtube video...

Chrys: Enough! I mean...that is all for this segment. We thank Miss Graha... I mean Sheena for taking part in  this interview and I honestly believe by tonight we'll have some exclusive coverage of this storm from a survivor's perspective. Stay tuned. And I send my condolences for this terrible tragedy. I mean I could be Samantha Jordan over in Barbados covering my stor...I mean her story. But instead I'm in beautiful Jamaica that is being brave after tragedy. Which matters more than stupid margaritas videos. Chrys signing off. Don't forget to stay tuned for more coverage. Better coverage. 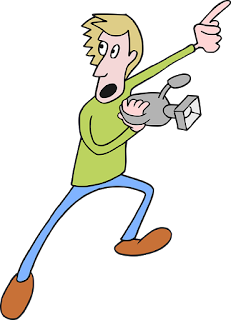 Well what did you guys think? Let me know and I'm glad to have taken part in this blogfest. Don't forget to read more on the book that's the reason for this hop. There's even a giveaway at the bottom of this post! Isn't that exciting? God Bless. And no, my mother's name is not Macy. I'm not fresh.

Title: Tsunami Crimes
Series: Disaster Crimes #3
Author: Chrys Fey
Genre: Romantic-Suspense
Page Count: 272
BLURB: Beth and Donovan have come a long way from Hurricane Sabrina and the San Francisco earthquake. Now they are approaching their wedding day and anxiously waiting to promise each other a lifetime of love. The journey down the aisle isn’t smooth, though, as they receive threats from the followers of the notorious criminal, Jackson Storm. They think they’ll be safe in Hawaii, but distance can’t stop these killers. Not even a tsunami can.

This monstrous wave is the most devastating disaster Beth has ever faced. It leaves her beaten, frightened. Is she a widow on her honeymoon? As she struggles to hold herself together and find Donovan, she’s kidnapped by Jackson's men.

Fearing her dead, Donovan searches the rubble and shelters with no luck. The thought of her being swept out to sea is almost too much for him to bear, but the reality is much worse. She’s being used as bait to get him to fall into a deadly trap.
If they live through this disaster, they may never be the same again.