Today I'm taking part in the Moonless Book Release Blogfest hosted by Crystal Collier and three lovely co-hosts. So what is this blogfest about you ask? Firstly it is to celebrate Moonless being released in paperback.

Blurb: In the English society of 1768 where women are bred to marry, unattractive Alexia, just sixteen, believes she will end up alone. But on the county doorstep of a neighbor’s estate, she meets a man straight out of her nightmares, one whose blue eyes threaten to consume her whole world—especially later when she discovers him standing over her murdered host in the middle of the night.

Her nightmares become reality: a dead baron, red-eyed wraiths, and forbidden love with a man hunted by these creatures. After an attack close to home, Alexia realizes she cannot keep one foot in her old life and one in this new world. To protect her family she must either be sold into a loveless marriage, or escape with her beloved and risk becoming one of the Soulless.

Secondly about fifty participants including myself get to do this. Hit it Crystal...whose words I copied from her blog page but it's still from her. So close enough, right? 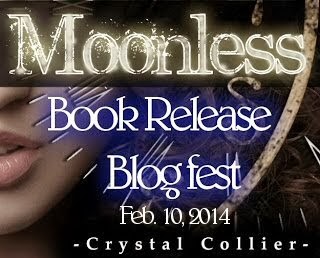 So here's where you come in: If you lived in a society where arranged marriages were a la mode, who would you beg your parents to set you up with? (Literary characters and celebrities welcomed.) Who and why? That's what I want to know on February 10th, so think about it, sign up on my linky list, and make sure to include the hop image in your post.Oh, and be sure to grab my button and post it on your blog, share it with everyone and let's make it a party! Yay! I can't wait to hear all about your dream matches!

Who is My Perfect Match you ask? I have selected three gentlemen who I think would be worthy of my hand. Hopefully my parents will agree to me marrying any of them. 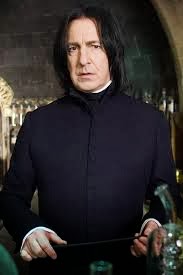 This is Severus Snape and he is a professor. Oh what subject Mom? Um, it has something to do with the arts. Of course that's not a wand in his hand. Magic is forbidden in our parts. *Laughs nervously* He is a brave man and even suffered loss years ago when he lost the love of his life. Also like me mother and father he's undefiled and I know how you love the morality of purity. Also as a working older man he probably won't demand a heavy dowry and I would be moving with him to live at his residence. Where? Oh um, I have a picture of him as a teen too. Look. 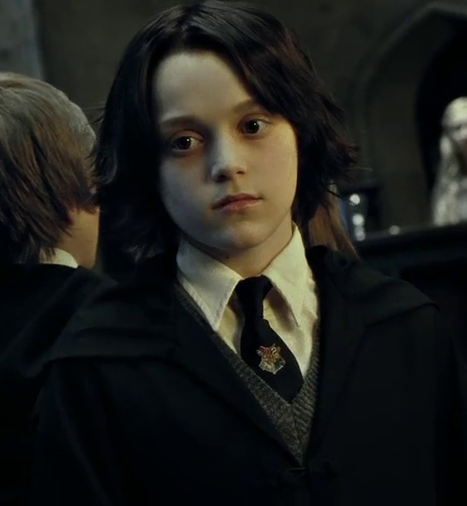 Isn't he cute? No mother he's not a vampire! They can't age! Dad he is not sickly. Sigh, let's go to the next one 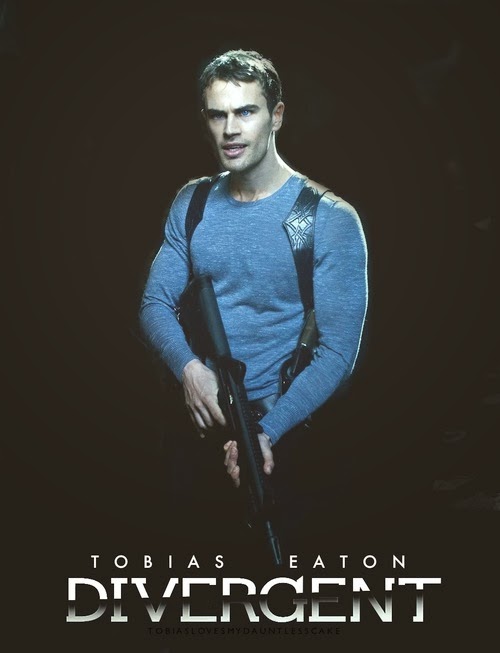 Now this is Tobias Eaton also known as Four because he is claimed to only have four fears. He is a um soldier and lives in a very structured community. Like our community they also have people to fear called Divergent as we have witchcraft. Their group is called Dauntless and they help protect where they live. Do I have any other pictures um I don't...all right mother I'll show you! 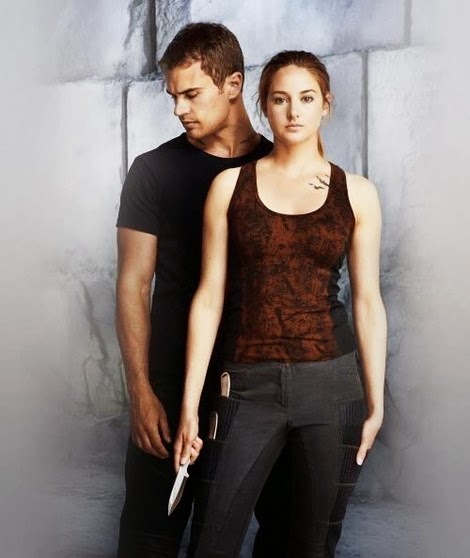 Funny enough it was the girl in this picture who sent me this. Her name is Beatrice or Tris or something skank I mean girl. Yes he is younger than me mother. No dad the girl is not threatening to cut me, they work together. Oh, right. He's probably too young for me anyway, I am twenty-nine. Yes I know it's a bit late to get married now mother and father. *Sighs*


And Last but not Least 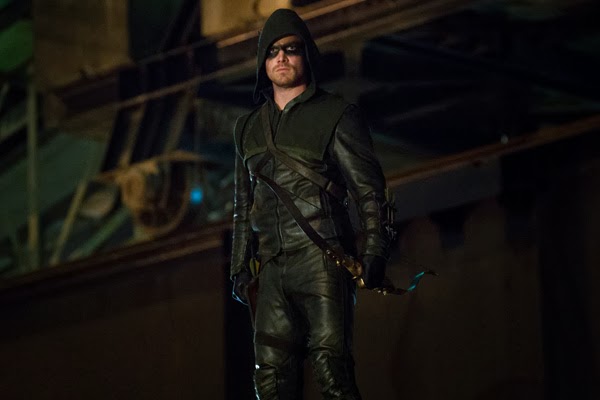 This is Arrow, mother and father. He is a vigilante who fights in memory of his father and lost friend. He is unattached and between you and me his liar points to his secret identity being loaded. Probably don't require a dowry at all and he is over twenty like Severus.

So any questions before you pick.

Mother: Do you have a less menacing photo of this man.

Me: Yes, I think you'll love this one. 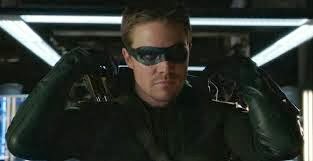 Father: The lair does look expensive.

Mother: Husband! He is a criminal and I don't like the look of those lights and...are those tubes? Does he experiment on people!

Me: Mother he is not even a scientist. Plus don't worry about him getting caught, he never works alone. He has a computer girl and guard whose faces I can't show on penalty of death. *Weak laugh* But his on again off again co-vigilante does have a photo I can show you. 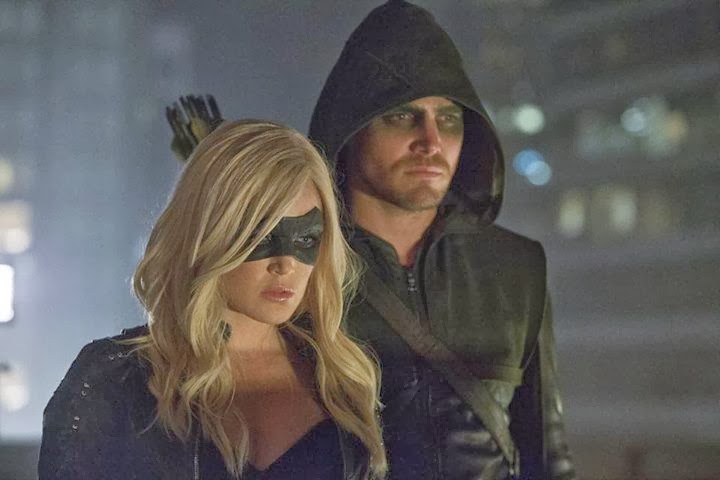 Mother: Seriously? Another one.

Me: He's not Tobias mother and she has made it clear that their relationship ended long ago.

Mother: And a criminal.

Me: Come on! Father?

Father: He looks like Robin Hood and that green face paint isn't covering is face very well. Wait is that Oliver McQueen, the party boy?

Me: *Hides away photo* Of course not, a cop thought that in the past but was proven wrong.

Mother: Uh huh, who was the cop?

Me: *Winces* Father of another ex. For Oliver this time not Arrow.

Mother: I said looks. Clearly he's not a vampire. He has walked in the sunlight?

Father: Tobias has a crazy girlfriend who threatened you.

Me: I think we already agreed he's out father.

Mother: And lastly a criminal you dare bring to us as a suitor.

Me: Oh mother, it's not like I picked him just to make Severus look better.

Father: Of course not.

Me: Plus, he is a hero. Look at the drawings people do of him in America. It is called fan art. 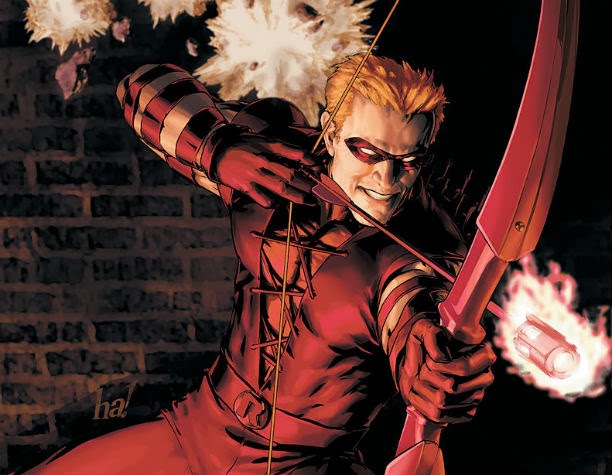 Me: No mother, it is a drawing.

Father: Then why is the arrow glowing?

Me: Ugh! Fine, who do you suggest.

Father: I have someone. He is an old friend.

Me: *Sceptically* How old?

Mother: *Bops me on the head* Don't be fresh. 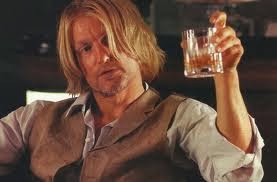 Me: Seriously! Haymitch Abernathy, the limping drunkard from District Twelve? Father he is old and gross. Plus he lives where people are in constant fear. Last I heard his district got blown up!

Father: True but they have alternate accommodations in a secret underground district and he plans to send me the details after he hears about your dowry.

Father: Oh? You rather the magic wielder or the vigilante. No buts Sheena, he is clearly holding a wand in that picture and I heard that there is a Professor Snape at a high school known as Hogwarts Witchcraft and Wizardy. I think that's the name.

Mother: *Frowns* You are marrying Haymitch. You should have taken that other man who wanted you when you were twenty-one.

Me: Lex Luthor! Mother, he is a convicted criminal! 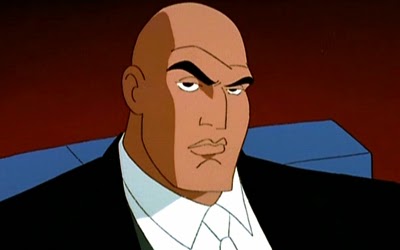 Mother: Ahem, he always gets away from the charges with a slap on the wrist and he is a successful black man. You should mind doing well by your race. Too many of our skin colour fall by the wayside.

Me: *Mumbles* I'm so running away tonight.

Mother: What was that?

Me: I am so excited. When will you be mailing Haymitch about the match.

Father: Today, I want it all done as quickly as possible.

Me: Of course, may I be excused?

Parents: Of course, have a good day daughter.

Me: *Writes letter to Snape and attaches it to an owl* Fly and bring good news of my love back to me! 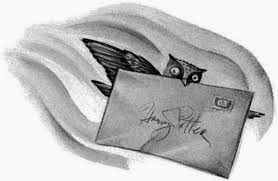 Owl flies to the Snape residence. A relative collecting belongings reads the letter of a young woman asking Snape to save her from a loveless arranged marriage and to come for her at midnight.

Man: Pity, she has no idea he is dead. *Crushes letter and resumes packing*

Yup, that is the end of my post and yes...I better runaway from this union fast. No I don't hate Haymitch, just think his demons are just too much for me to handle. Sheena out and remember to visit other participants in the blogfest. Would you believe I started this after midnight this morning? Think I did a pretty good job though. No judging! I signed up last night. Crystal is a cool person and I wanted to show my support. And yes the blogfest idea also caught my attention. But I would not sign up for a blogfest I would have to write the post for on the same day for just anyone. Love you Crystal and congrats.

Tomorrow: Book Review: Nightmare in Niceville. Should have been today but then I saw Crystal's event on Facebook last night and found this blogfest. No regrets! Yup, after practically two hours of work this post is perfect. Compliment me! I mean enjoy this post and remember to congratulate Crystal and let me know what you think. *Eye twitches* Love you guys.... at 2:13 a.m. Still, lots of love.
at February 10, 2014